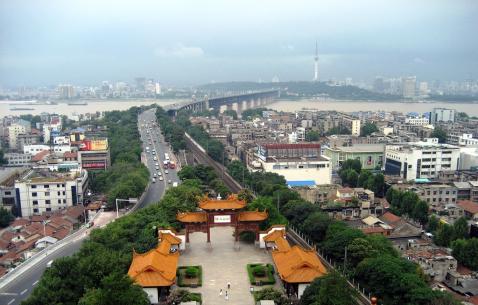 Wuhan, the capital of Hubei province is a Chinese city nestled in the plains formed at the junction of Yangtze and Han rivers. It is an agglomeration of Wuchang, Hankou, and Hanyang, three towns which were previously independent. The city is a major centre of politics, culture and education in central china. Wuhan is also a huge transportation hub, which earned it the nickname ‘Chicago of China’. In the recent years, the city emphasized on the development of tourism by constructing a lot of malls and hotels.

One of the earliest metropolitan civilizations of China, Wuhan had a history of more than 3,500 years. It was under the rule Hang, Tang, Yuan and Qing dynasties until the Wuchang Uprising in 1911. Years later, it was annexed into the republic of China. In 1944, the city was devastated with the US bombings. But Wuhan’s facets changed only in 1967 when a huge civil strife took place in the city as a result of the Cultural Revolution.

The three towns of Wuhan (Wuchang, Hankou and Hanyang) form the residential area facing the two rivers and are connected by bridges. The landscapes are opulent with a number of plush hills and serene lakes. Wuhan often finds a place on the trip planners of many tourists who seek a different place for a vacation.

The itineraries of Wuhan have a perfect blend of both Historical and Natural attractions. There are many important places to visit in the city that mirror the rich culture and heritage of Wuhan. Every piece of architecture or an ancient monument you see here has an interesting story to tell.

The city also offers you a lot of fun-filled activities to do. If you’re fond of shopping, visit the shops of bustling Han Zheng Street and get some souvenirs. And while you’re at it, have some local snacks and enjoy their traditional local music. So, include Wuhan to your vacation planner and fly down here your holiday.

Essential travel information and Wuhan tips for your visit