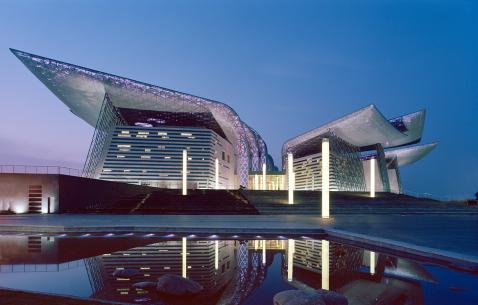 Located on the Yangtze River Delta with Tai Lake on the south, Wuxi is a city in the Jiangsu province of China. The old city is said to be one of the places of origin to the country’s modern industry and commerce. With a prosperous economy and massive development, Wuxi is often referred to as ‘Little Shanghai’. The city also has been a popular tourism destination owing to its 3000 year old culture and heritage.

The history of Wuxi traces back to 11th century BC. It was said that the first capital of Wu State was at where the city is currently located. During the Spring and Autumn Period, the State of Wu became one of the most powerful kingdoms in China. After the fall of Wu State, the city was ruled by the Qin and Han dynasty. During the latter’s reign, Wuxi was declared as a county. Tang and Song dynasties took over the county later and the Silk trade flourished. Wuxi prospered as a cultural centre under the reign of Yuan, Ming and the Qing Dynasties, before the city finally became one of the important cities of Jiangsu in the 20th century

Wuxi’s planning is like any other olden cities in China, with many canals, sightseeing places with cultural heritage, other traditional streets and market places. However, the down town is modernized with impressive skyscrapers and contemporary residential areas. The itineraries of Wuxi also include wonderful natural preserves balanced well with the places of historical or cultural significance. The tourist information centre in the city can help you with the queries and other relevant details regarding Wuxi. They also provide maps, and set you up with travel guides during the trip.

The travellers who add Wuxi to their trip planners get lot to experience in this old Chinese terrain. The city and its surroundings are bestowed with abundance of natural wealth, rich culture, and a highly developed urban region with a number of hotels, malls, restaurants and entertainment spaces.

Include Wuxi in your vacation planners and spend your next holiday in this charming old city. The beautiful places to visit, sumptuous Jiangsu cuisine and the friendly people over here will definitely give you a memorable time during your stay.

Essential travel information and Wuxi tips for your visit