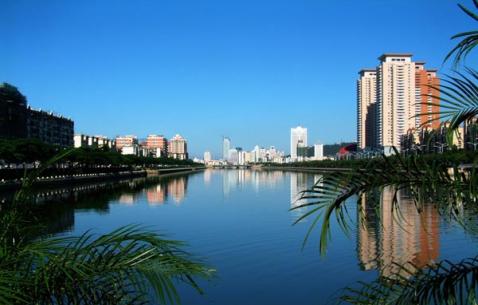 Located on the South Eastern coast of China, Xiamen is a sub-provincial city in the province of Fujian. The city, which is actually comprised of islands of Xiamen and Gulangyu, and a part of Jiulong River’s northern coast takes pride in its tourism with its picturesque seascape and natural beauty. Over the years, the city has attracted a number of overseas Chinese groups with its educational and cultural institutions. Its huge port bustling with activity also made it one among the four original Special Economic Zones in the country.

The region was referred to as Tong'an County during the Jin Dynasty rule in 282. Seaport was opened to trade with foreign counties at the time of Song dynasty and has been a gateway to China ever since. It was later ruled by the Ming and Manchu Qing dynasties. It was renamed Xiamen by the Manchus. In 1841, the British captured the city in the Battle of Amoy and became a treaty port in the consequent treaty of Nanking. In the World War II, Xiamen was occupied by Japan. Later when China was making economic reforms, the city was made into an SEZ.

The itineraries of Xiamen are filled with scenic countryside and beaches lined with trees. The city is stuffed with a number of sightseeing places like Buddhist temples, parks and art galleries. The common flashes of university students hustling around gives a youthful vibe to the city.

Among the islands of Xiamen, Gulangyu offers a real treat to the eyes of tourists with their Bohemian enclaves and Victorian-style buildings. It is well-received among people for being pedestrian friendly and completely free of vehicles. The tourist information centre can help you with the maps and other travel related queries.

Numerous entertainment centres and infrastructural facilities are developed to cater the tourists during the travel. Add Xiamen to your vacation planners and indulge yourself in the various local festivals. Participate in the several activities to do in their cultural events, nibble on their local delicacies and have a laidback time on your visit to the Gulangyu Island.

Plan Your Trip To Xiamen

The best tours and activities in the city, guided by experts to give you a local insight to the best of Xiamen