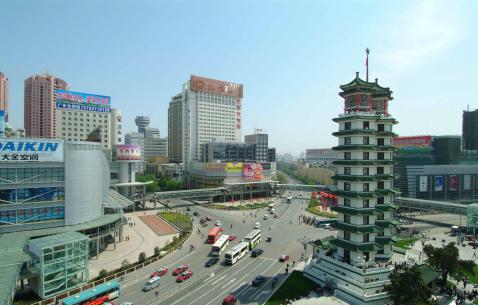 Situated on the Yellow River’s south bank in the East-Central China, Zhengzhou is the capital of Henan province and a prefecture-level city. It is one among the eight great historical capitals of China, and is often considered as the Cradle of China’s civilization. The City is famous for its Shaolin Monastery which is the birthplace of Chinese Martial arts (Kung Fu). With an incredible cultural and historical heritage, Zhengzhou remains on thousands of trip planners every year.

Zhengzhou has more than 3,600 years of history. It served as a capital of the Shang Dynasty from 16th to 11th century BC. Archaeological evidences trace the settlements of the Neolithic Shang dynasty in the region, and the ancient city has turned into ruins long before the reign of China’s first emperor. The region remained a capital during the time of Xia, Shang, Guan, Zheng, and Han dynasties, and a prefecture under eight dynasties including Sui, Tang, Song, Jin, Yuan, Ming, and Qing.

The long history of Zhengzhou left the region with a number of memories, all of which turned into tourist attractions today. The city’s itineraries are filled with a long trail of historical heritage and evidences of an ancient civilization. This ancient heritage combined with the natural beauty of the mountains, lakes and rivers form a large part of Zhengzhou’s tourism.

Chinar trees adorn the main streets of the city on either sides, thus giving Zhengzhou the title of ‘Garden City’. However, the amount of greenery in the city has been considerably decreasing over the years. Balancing its historical wealth, Zhengzhou also takes pride in modern engineering and construction of the city which has a number of skyscrapers, fancy shopping districts and entertainment areas.

Add Zhengzhou to your vacation planners and experience the place where all the ancient Chinese civilization started. Walk around the illuminated city streets during the nights, indulge in some shopping and treat yourself with LiyuSanchi or other traditional meals at one of their restaurants.

Essential travel information and Zhengzhou tips for your visit