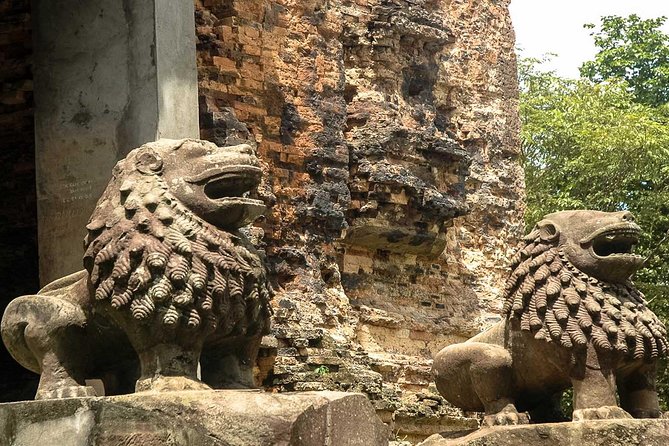 We will start the greatfull day private tour toSambo Prei Kuktemple from Siem reap. is one of Cambodias most important and least understood temples from the Angkorian period.Sambor Prei Kuk encompasses more than 100 mainly brick temples huddled in the forest, among them some of the oldest structures in the country. To the delight of Cambodians, the attraction recently became the country's third Unesco World Heritage Site.
After Back we will visit tonlesap Lake ; Great Lake.

We will start the great full day private tour to Sambo Prei Kuk temple from Siem Reap. is one of Cambodias most important and least understood temples from the Angkorian period. Sambor Prei Kuk encompasses more than 100 mainly brick temples huddled in the forest, among them some of the oldest structures in the country. To the delight of Cambodians, the attraction recently became the country's third Unesco World Heritage Site.
Situated in central Cambodia, Kampong Thom is one of five provinces located at the lower part of the Tonle Sap Lake and rich in historical sites such as temples from the pre-Angkorian era. The famous Sambor Prei Kuk, an ancient city that has about two hundred brick temples is located here in this province. The city was built during the time of King Isanavarman when he successfully united the territories of Chenla Kork and the Khmer water territory of Chenla Toek. Sambo Prei Kuk served as the capital of the Khmer Empire for many centuries.

After visit Sambo Prei Kuk we will back to Siem Reap and continue to visit Tonlesap Lake ; Kampong Phluk is a cluster of three villages of stilted houses built within the floodplain about 16 km southeast of Siem Reap. The villages are primarily Khmer and have about 3000 inhabitants between them. Flooded mangrove forest surrounds the area and is home to a variety of wildlife including crab-eating macaques. During the dry season when the lake is low, the buildings in the villages seem to soar atop their 6-meter stilts exposed by the lack of water. At this time of year many of the villagers move out onto the lake and build temporary houses. In the wet season when water level rises, the villagers move back to their permanent houses on the floodplain, the stilts now hidden under the water. Kampong Phluk's economy is, as one might expect, based in fishing, primary in shrimp harvesting.

Then We will transfer back to Hotel.

Pickup and drop off from hotel client stay (in Siem Reap)

Please be ready and wait at hotel lobby for pick up services from 8:00am and Start Tour