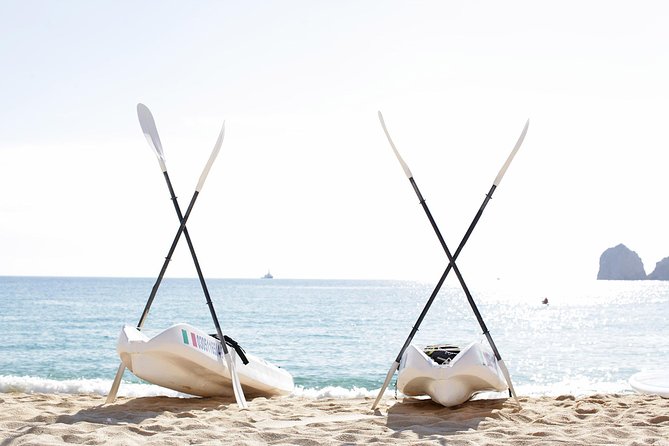 Enjoy a paddle adventure as you rent a kayak and have the possibility to enjoy a spectacular view of the city from afar so you can take astonishing pictures. It is also great if you want to work out your upper body.

First, you will pick up your kayak at the central location in Cabo san lucas. Then, your guide will help you put your life vest on and will give you an explanation of about 5 minutes about the basics of paddling in kayak.

He will then help you get on the kayak and into the ocean. Once inside, you'll be able to paddle across the bay of Cabo san lucas without passing to the arch zone, having the chance to take amazing pictures of the beautiful city from afar. Upon completion of the time, one of the guides will make you hand signals indicating that time has been completed and therefore you have to return.

Note: Please advise your preferred departure time for the tour. Departures are available between 9am and 5pm and are subject to availability