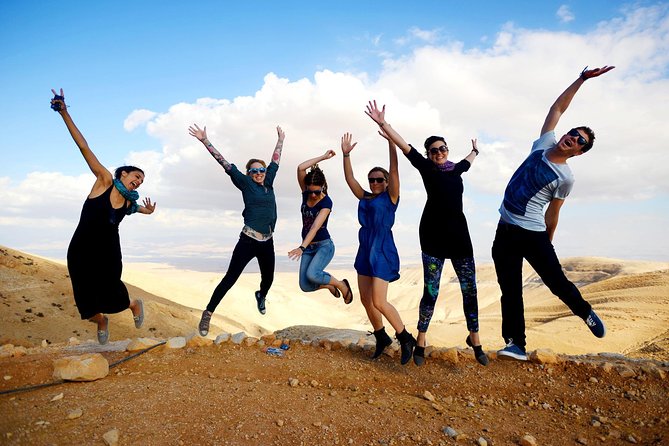 This is a multi-day package tour - a discounted combination of daily tours and accommodation. Meaning every day you will join an individual guided or self guided tour.

* Experience the incredible old city of Jerusalem and experience momentous holy sites such as the Western Wall, Dome of the Rock, Al Aqsa Mosque, and the Church of the Holy Sepulchre.
* Tour one of Israels last remaining truly communal Kibbutzim.
* Explore the amazing Roman ruins at Caesarea National Park
* Enjoy a delicious Arab-style dinner at the Fauzi Azar Inn, in Nazareth
* Spend a night at the unique and homey Fauzi Azar Inn
* Scan the horizon from Mount Bental as you overlook the Syrian side of the ceasefire line

Itinerary is subject to change. Please check your voucher for further details.

This tour/activity will have a maximum of 34 travelers