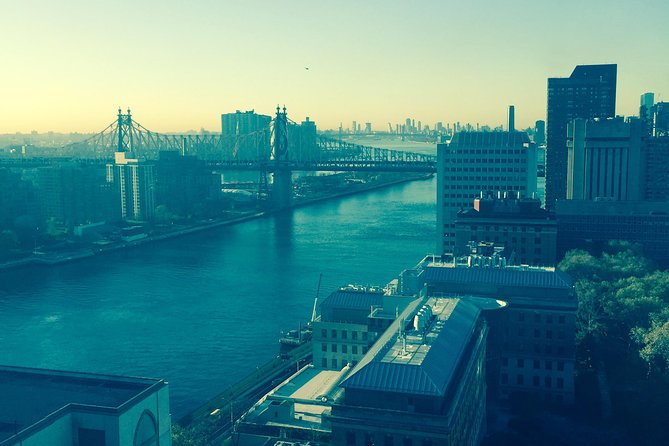 Your day trip from New york city to Philadelphia includes round-trip train tickets, a hop-on hop-off bus tour and 2-course lunch at a local Times Square restaurant, so grab your family and let's go! The second day you will tour New York, the city that never sleeps, for a full day of fun and excitement. You'll be ready to hit the city for sightseeing, shopping and dining. See the Empire State Building, Statue of liberty, Ellis Island, Freedom towers and much more. And for a measure of culinary inspection, we include a 2-course meal at a local Times square restaurant.

Depart on the early train from Pennsylvania station New York and in under 2 hours you'll be at Philadelphia's 30th Street Station, just blocks away from some of the most iconic historic sites in America.

Join an included hop-on hop-off tour for access to many points of interest in and around the city. Visit Independence Hall, Liberty Bell, Carpenter House, and other historic sites. Or visit some of the wonderful museums in the area including the new National Constitution Center and the new National Museum of American Jewish History. Some of the oldest churches and synagogues are in the historic area as well. If history isn't your thing, visit the famous Eastern State Penitentiary, the Simeone Foundation Automobile Museum, the famed Barnes Foundation Museum and so much more. Take a load off your feet for an hour or two by having an included lunch or dinner at a local Times square restaurant.After a day of shopping, dining and sightseeing, walk around historic 30th Street rail Station and enjoy some coffee and pastries before your relaxing rail trip back to New york city in the evening to your hotel.

Wake up in New york city and enjoy the day in New York. Get an early start in Midtown just a few blocks away from Times square to pick up your included hop-on hop-off tickets for a memorable double-decker tour of New York and Brooklyn. Pick from a variety of loop tours. Stay on the bus or hop off at the stop of your choice. There is something to do at nearly every stop.

Experience the fun of museums, observatories, theaters, zoos, and boat rides. Children and adults will enjoy the famed WWII aircraft carrier, Intrepid, and its new space shuttle exhibit. Alternatively, head to the new One world trade center Observatory with a stop at the 9/11 Memorial Pool. A short walk from there is the American Indian Museum and Fraunces Tavern - which served as George Washington's headquarters during the Revolutionary War. Stop in front of the Stock Exchange. Across the street, you'll see the historic Federal hall - built as a Customs House in 1842 and previously the site of George Washington's inauguration as the first President of the United States.

A great suggestion for closing your day is a visit to the Empire state building and a relaxing cocktail or light dinner.

Meals as indicated per itinerary