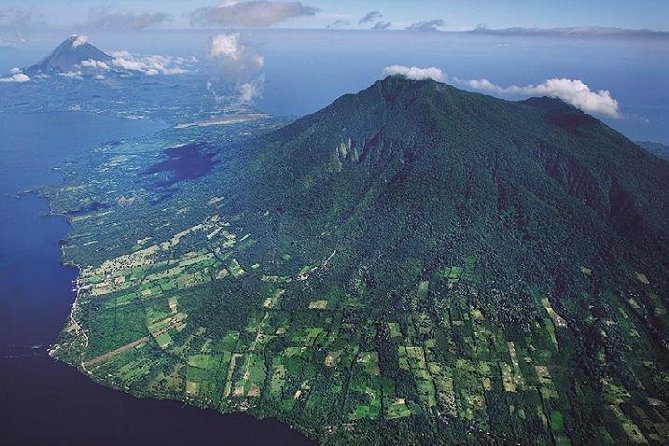 The Island of Ometepe, which lies on Lake Nicaragua, called a freshwater sea by the first Spanish conquistadors, is one of largest islands in the world. The name Ometepe, which derives from the nahault word Ometepelt (two hills), refers to the two imposing volcanoes that overlook the island, one active and the other dormant: Concepcion (1610 meters) and Maderas (1,394 meters).

The biological importance of the island has been recognized nationally and internationally.The Nicaraguan government has designated the area as an important biological reserve that restricts economic projects. Ometepe is also part of UNESCOs World Network of Biosphere Reserves after its nomination was approved unanimously at the XXII Session of the International Coordinating Council of the Man and the Biosphere Programme (MAB) of UNESCO. During your visit to Ometepe, you can enjoy hiking both volcanoes, cooling off in the fresh waters of Lake Nicaragua at Playa Santo Domingo, tasting gourmet coffee at Finca Magdalena or going for a bike ride along the small towns in the island.

During this tour you will be picked up at 7am and taken to San Jorge where you will embark on a ferry to Ometepe. All activities are included and you may choose which one you want to participate in. You will have a one-night accommodation with breakfast and lunch and will be accompanied by a bilingual guide the whole time.