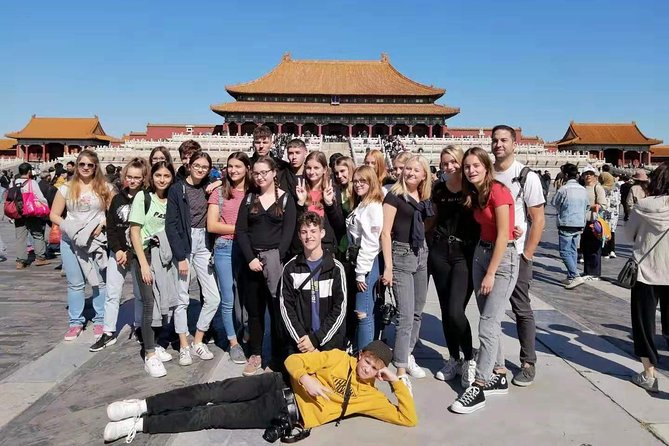 Itinerary
Day 1: Beijing, China
Stop At: Mutianyu Great Wall, Mutianyu Village, Bohai Town, Huairou District, Beijing China
Pick up from your hotel at 08:00am, and then drive toMutianyu Great Wall., which is one of the greatest man-made project in the world.Mutianyusection -the most beautiful section of the Great Wall. When hiking on the wall ,our tour guide will explain the history patiently as well,the wonderful time passed quickly! Meanwhile, cable car or Toboggan is available for getting on the wall from the foot of the hill. You can take it to the peak, and overlook the whole scenary from the hill top. (The price of the cable car or Toboggan for round trip is 100 CNY, per person.)
Duration: 2 hours
Stop At: Summer Palace (Yiheyuan), No.19 Xinjian Gongmen Road, Haidian District, Beijing 100080 China
Afterwards, we will drive to the Summer Palace.The Summer Palace in northwest suburban Beijing is the largest and most complete imperial garden existing in China. It was first built in the 12th century as an imperial palace. The Summer Palace was added to the world cultural heritage list in 1998.
Transfer back to your hotel
Duration: 2 hours
No meals included on this day.
No accommodation included on this day.
Day 2: Beijing, China
Stop At: Tiananmen Square (Tiananmen Guangchang), West Changan Street, Dongcheng District, Beijing 100006 China
Yourtour guide will pick you up from your hotel, and then, drive to
Tian'an men Square, one of the largest city squares in the world. Its name literally means Gate of Heavenly Peace. The square witnessed the foundation of the Peoples Republic of China and several important events in Chinese history.
Duration: 30 minutes
Stop At: Forbidden City-The Palace Museum, No.4 Jingshanqian Street, Dongcheng District, Beijing 100009 China
Then, we will visittheForbidden City, the largest ancient imperial palaces group in the world with 500 years history .This palace is an example of ancient Chinese architecture.( Visit the Forbidden City along the central axis from south to north for about 2.5 hours.)The largest ancient imperial palaces group with 500 years history in the world.
Duration: 2 hours
Stop At: Temple of Heaven, Tiantan Road, Dongcheng District, Beijing 100050 China
In the afternoon, visitthe Temple of Heaven, It is the largest ancient imperial worship architecture group in the world. An outstanding representative of Chinese traditional architecture for its clever design and harmonious colors. During the Ming and Qing dynasties, the emperor came to pray and thank gods for the harvests every year.
Transfer back to your hotel.
Duration: 2 minutes
No meals included on this day.
No accommodation included on this day.