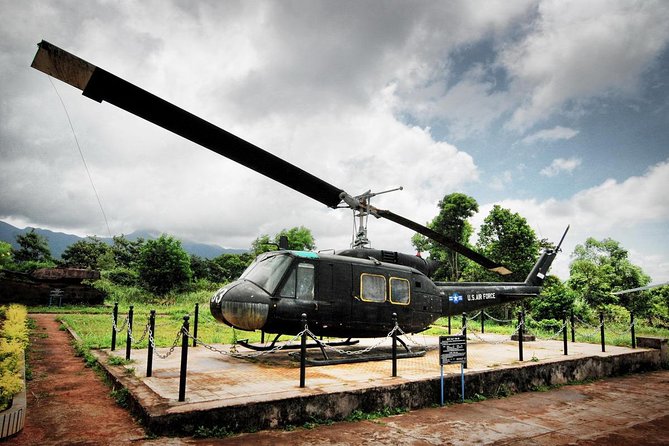 2 days trip to the Demilitarized Zone (Quang Tri DMZ) from Hoi An or Da Nang, take you back to the war sites and witness the former battles of conflict: Khe Sanh Combat Base, Quang Tri citadel, Vinh Moc tunnels, the 17th Parallel This is a trip to discover the violent of the American war and you will learn about our Vietnamese struggles for independence.
Hue is one of the most popular destinations for visitors to Vietnam. Straddling the Perfume River, this mysterious, somber city is a historian's dream come true, with numerous 19th century ruins, royal tombs and an excellent museum. The Imperial City of Hue was the capital of Vietnam during the reign of the Nguyen dynasty, the last dynasty in Vietnam

Day 1: (L,D) 7.00 Pick up at your hotel in Hoi An or Da Nang, start this DMZ tour to depart to Dong Ha town, have short break and relax. First stop to visit the Rockpile, Dakrong Bridge, Ho Chi Minh trails on the way to to Khe Sanh combat base one of the violent battles in Quang Tri, one US base fell under attack in early 1968. Youll also see the remaining of an old airfield. Visit the museum of Ta Con airport to see the things in nature of the fierce war, and how hard Quang Tri people fight against the enemy.

Have lunch at restaurant in Dong Ha town.

Afternoon, continue along the highway 1, you also learn about the history of old citadel of Quang Tri, Church of La Vang, stop at Hien Luong Bridge, Ben Hai River which marked the former border between North and South Vietnam from 1954 to 1972. Next stop to visit Vinh Moc tunnels a network of tunnels built by villagers seeking shelter from bombings during the American War, this is the place where an entire village lived and fought for two and a half years.

We finish this DMZ at hotel in Hue around 8.30pm. Dinner in Hue
Overnight in Hue, Relax
Breakfast at the Hotel

Day 2: (B,L) 830 am Our guide will come to meet you at hotel and depart to visit the Citadel, a walled fortress and palace in the city ofHue, the former imperial capital ofViet Nam with the Forbidden Purple City. Afterthat visit some attractions such as Thien Mu Pagoda, the first pagoda of Viet Nam, next to one of King tombs, royal tomb ofNguyn Dynasty. Have lunch at local Restaurant

Come back by Hai Van pass and the scenic fishing village of Lang Co, then continuing on our way toHoi An. Finish tour at 3pm