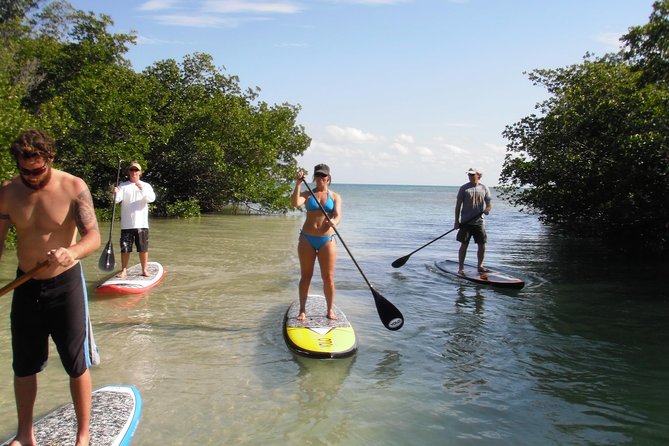 Paddleboarding is fun and suitable for people of all ages and abilities! Along with your experienced guide you will paddle at a relaxing pace and explore the shallow, calm, blue-green waters of the back country of Key West.

You will glide through the winding mangrove creeks and paddle through inches of water, where you can easily view and learn about the geological structure of the Keys along with its inhabitants.

Your adventure will give you a chance to view the mangrove environment up close, along with its marine life including tropical fish, crabs, sea stars, jellyfish, sea cucumbers, sponges and various aquatic birds. All our tours are available using kayaks or paddleboards.

Quiet side of Key West