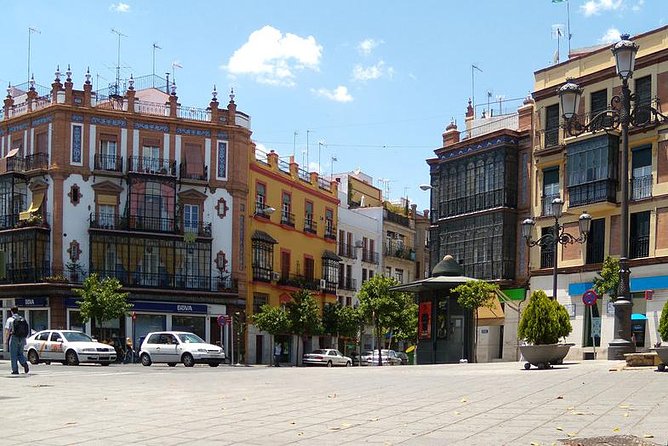 Enjoy thisprivate 3-hour tourwith your official tour guide and get to know one of the most beautiful quartiers in the city of Seville,Triana.
You can choose between a morning or afternoon departure directly from your hotel or place of choice.
Set off to explore Seville through the eyes of a local. It is possible to arrange hotel pick up if the hotel is located in the center of the city, if not a central location will be fixed as a encounter point.
During this private walking tour you will get to know the most emblematic places of Triana; the market of Triana, the Carmen chapel, Belmontes statue, the castle saint george (where the spanish inquisition was based) and many more places! Triana is known for having its own identity, the locals call it the independent republic of Triana. Trianas rich past has turned into a lively present, with a great tapas and Flamenco scene among its narrow streets.