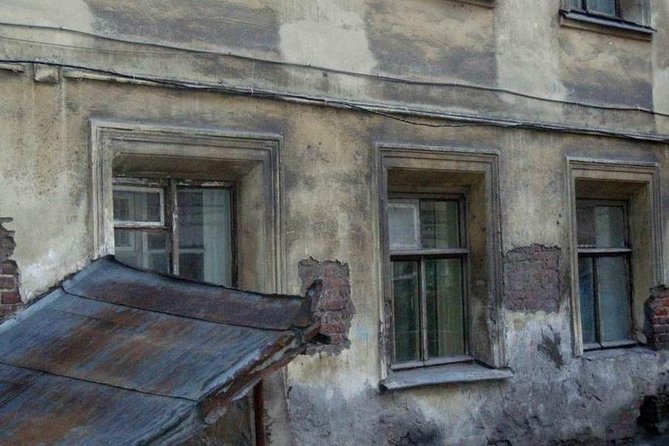 Join a 4-hour tour of Dostoevsky's St. Petersburg. Your guide will meet you at your hotel and transfer you by car to a number of places that are connected with Dostoevsky in the city. Visit Haymarket Square, where all events in "Crime and Punishment" took place. Walk, speak of the 19th century and visit a museum of Dostoevsky as well.
You are also welcome to express respect for the writer at his grave at the memorial cemetery.
Your tour ends in the St. Petersburg City Centre.

Your guide will meet you at your hotel and and transport you by personal car to Dostoevsky places and reach the Haymarket Square, which is the area where all of the events in "Crime and Punishment" took place.

The St. Petersburg of Dostoevsky, known as the lower city of light (as opposed to the high society of Tolstoy and Pushkin), is considered the bottom of the town inhabited by "little people" and "loathsome creatures." This town is gloomy, desolate and sick. It was dominated by pale yellow. Does the city, as seen through a thick layer of dust on long-unwashed windows of St. Petersburg, still exist?

Dostoevsky lived in St. Petersburg a total of about 28 years, constantly changing removable apartment addresses. The living space in the area of Forge Lane, which is the last refuge of the writer, is now a museum dedicated to him (5/2 house) and the Haymarket Square area.

The F.M. Dostoevsky Literary Memorial Museum, as well as the Tikhvin cemetery at the Alexander Nevsky Monastery, are included in the tour.

Your tour ends in the St. Petersburg City Centre.