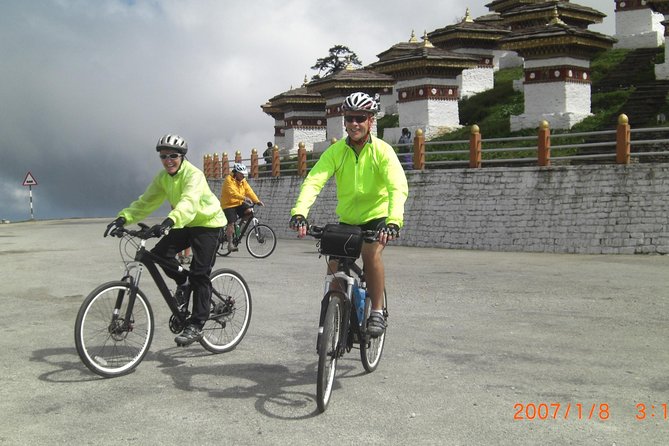 This is a short tour of Bhutan is named after Dochula pass. This cultural tour will take you to about three towns Bhutan and give you first hand experience of Bhutan and its people.

Day 1 Arrive in Paro
On arrival you will be greeted by our representative and transferred to your hotel.
The Paro dzong is probably Bhutan's best known and most iconic Dzong. This is probably the first building you will notice when you land at Paro International Airport and will probably be your first memory of Bhutan. The imposing Dzong is perhaps the finest example of Dzong architecture existing the world today, the massive buttered walls of the fortress dominate over the valley.
Ta Dzong.


The National museum of bhutan is housed inside the six storied circular Ta Dzong. The Ta Dzong is a medieval watch tower situated above the Rimpung Dzong.
Overnight in Paro

The folk heritage museum was open to the general public in 2001 upon completion. It treasures troves of culture and rich Bhutanese heritage provide rich insights into the Bhutanese ethos. Try to schedule your visit during the morning hours since the museum is less crowded at that time and there is plenty of sunlight to go around.

The second important Museum that also opened its doors in 2001 is the National Textile Museum of Bhutan. During a trip to this museum you will get an up close and personal experience of the living national art of weaving.

The National Memorial was built by Bhutan's third king, H.M. Jigme Dorji Wangchuck who is also known as the "father of modern Bhutan." He wanted to erect a monument carrying the message of world peace and prosperity.
Overnight in Thimphu

After an early breakfast you will drive to Paro. In the afternoon you will hike to Taktsang (Tiger's Nest) Monastery, which is Bhutan's most famous monastery. It is perched on the edge of a steep cliff, about 900 meters above Paro Valley. The hike to reach the viewpoint to the monastery makes for a nice half-day excursion. In the evening you can visit a traditional farmhouse and, if you wish, enjoy a typical Bhutanese dinner.
Day 4 Depart Paro

Meals as per itinerary