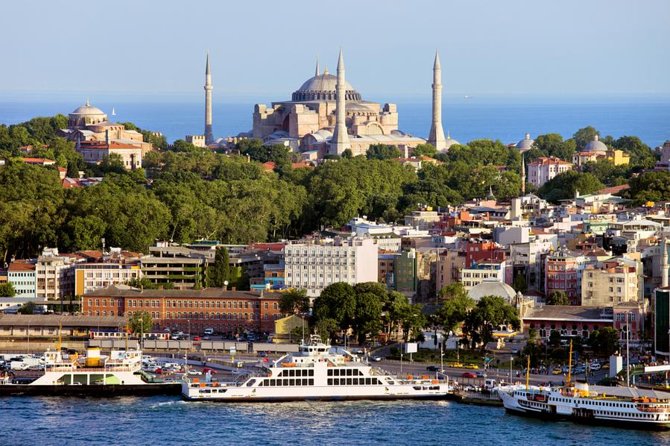 If this is your first time to Istanbul and you want to see all the highlights of this amazing city at a leisurely pace, this is the tour for you. This four-day stay will take you to the palaces of Topkapi palace, Blue mosque, Hagia Sophia and there's even time for shopping in the Grand Bazaar to pickup a souvenir or two.

Day 1:
Arrive in Istanbul and transfer to your hotel, day at leisure.

Day 3 (B):
Enjoy a day at your leisure exploring Istanbul. Your tour guide from the previous day would be happy to make any suggested must see attractions for you.

Day 4 (B):
After breakfast transfer to Istanbul Airport or Port.

Please advise your arrival details at time of booking

Meals as per itinerary (B = Breakfast, L = Lunch)

Please advise your arrival details at time of booking

A supplement will apply to transfers to/from Sabiha Gokcen Airport