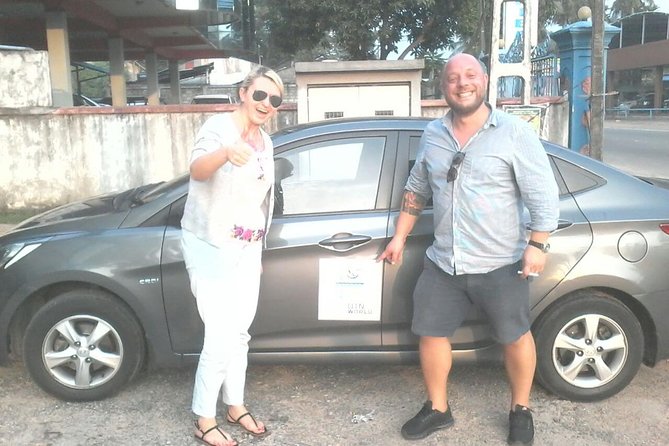 Enjoy your
04 daysholiday in Sri Lanka with ease by booking thisproduct. Your friendly and professional, Experienced Chauffeur Guide will greet you upon your arrival andguide youthroughout your holiday in the comfort of a private, air-conditioned vehicle. Its that easy.

Itinerary
Day 1: NEGOMBO - GALLE
Pass By: OTN World, 30 Deanston place, Colombo 00300 Sri Lanka
We will arrange your ground transportation in an air-conditioned vehicle for 600 kilometers, with the service of an English Speaking chauffeur guide who will accompany you to most sights. We can provide you the vehicle according to your requirement, vehicle capacity as follows.
Stop At: Negombo Beach, Negombo Sri Lanka
Negombo is a modest beach town located just 10km from Bandaranaike International Airport. With a stash of decent hotels and restaurants to suit all pockets, a friendly local community, an interesting old quarter and a reasonable (though somewhat polluted) beach, Negombo is a much easier place to find your Sri Lankan feet than Colo mbo.
Duration: 1 hour
No meals included on this day.
No accommodation included on this day.
Day 2: GALLE - UDAWALAWA
Stop At: Galle Fort, Church Street, Galle 80000 Sri Lanka
TheGalle Fort, or Dutch Fort as it is also known, is a fortification first built by the Portugese on the Southwestern coast of Sri Lanka. The initial fortifications, which were built in the late 16th century, were quite basic. According to a statement by UNESCO the site was recognized as a World Heritage Site for its unique exposition of an urban ensemble which illustrates the interaction of European architecture and South Asian traditions from the 16th to the 19th centuries which is the criteterion number four for such recognition.
Duration: 2 hours
Stop At: Galle Fort Lighthouse, Rampart Street Galle Fort, Galle 80000 Sri Lanka
The Galle lighthouse is situated inside the landmark Galle Fort. It is built seven meters above the road on the ramparts.This is Sri Lankas oldest light station dating back to 1848, but the original lighthouse was destroyed by fire in 1934. It was rebuilt at the current height of 26m. The light station is within the walls of the ancient Galle fort, a UNESCO world heritage site and well known tourist attraction, making this the countrys most often visited lighthouse.
Duration: 2 hours
No meals included on this day.
No accommodation included on this day.
Day 3: UDAWALAWA - COLOMBO
Stop At: Udawalawa Elephant Orphanage, No. 646 C.P.D De Silva Rd, Thanamalvila Rd, Udawalawa, Udawalawa 70190 Sri Lanka
commonly known as elephant transit home, ETH, orphaned elephants are kept only until they are big enough to be rehabilitated and sent back into the wild. Currently, there are 44 orphaned elephants at the ETH and Dr. Vijitha Perera, the dedicated Senior Veterinary Surgeon of the Department of Wildlife and Conservation (DWC), who is in-charge of the ETH has his hands full, looking after the youngsters.
Duration: 1 hour
Stop At: Udawalawe Dam, Udawalawe National Park Sri Lanka
Rendering a trifold mechanism of services, the Dam at Udawalawe acts as a predominant landmark for the entire area. Established decades ago, this particular dam serves as one of the well-known boundaries of the Udawalawe National Park and devises the celebrated UdaWalawe water reservoir.
Duration: 1 hour
No meals included on this day.
No accommodation included on this day.
Day 4: COLOMBO
Stop At: Gangaramaya (Vihara) Buddhist Temple, 61 Sri Jinaratana Road, Colombo Sri Lanka
The Gangaramaya temple, Colombois the most rich and famousin Sri Lanka. It was built just over 120 years ago and is dedicated to Buddhism. The temple is mostly celebrated for its lavish architecture and statues showcasing Sri Lankan, Chinese, Thai, Burmese and many other artistic styles.
Duration: 1 hour
Stop At: Independence Square, Independence Avenue, Colombo 7 Sri Lanka
Independence Square is a popular stopping place on a city tour so visitors can walk around the structure or relax in the shade of the avenue of mango trees. Close to the Square is the Arcade, a modern shopping mall housed in former colonial government buildings brightened with a fountain, covered ponds, and more statues of lions. Independence Square is in the prestigious Cinnamon Gardens district of Colombo where spacious tree-lined boulevards remain from colonial days and takes its name from the Independence Memorial Hall built there to commemorate the independence of Sri Lanka from British rule in 1948.
Duration: 2 minutes
Stop At: Colombo Fort Railway Station, Olcott Mawatha Road, Colombo Sri Lanka
The railway line was started over a 150 years ago by the British. At the time, the Central Terminus was in a place near Maradana, The location can still be seen as it is now serving as theSri LankaRailway Museum. In 1877 the Coastal Railway Line was created, and that is when the firstFort Stationcame into use. The old Fort region of Colombo is one of the busiest sections of the city. Its the trade quarter where all the goods that come in from the various countries are stocked and sold by wholesale tradesmen. Its also where some important government departments such as the Sri Lanka Customs Headquarters, the Sri Lanka Ports Authority and the Merchant Shipping Department.
Duration: 15 minutes
No meals included on this day.
No accommodation included on this day.