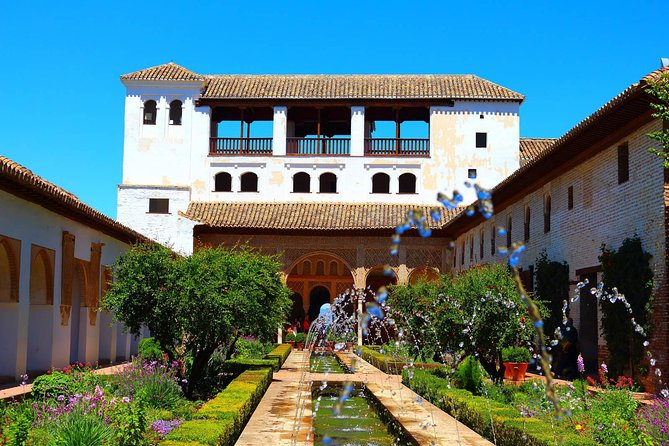 Enjoy this tour around Andalusia with us and discover the most important cities and areas ofthe South!
Visit Cordoba, Seville, and Ronda.
You will also see the famous Mediterranean city of Marbella, Granada, ending this beautiful multi day tour with the visit of the medieval Toledo.

Pass By: Historic Centre of Cordoba, Cordoba, Province of Cordoba, Andalucia
1st. Day (Tuesday) Madrid-CORDOBA -Sevilla (530 kms)
Departure from our bus terminal at 8:00 a.m. south-wards through the land of La Mancha to Cordoba. A city sightseeing tour is included, visiting the great Mosque, once the spiritual center of the Islamic world, with a Gothic Cathedral built inside and the Jewish Quarter.
After the visit continue to Sevilla. Dinner and accommodations.

Pass By: Sevilla Center
2nd. Day (Wednesday) Sevilla
Half board in the hotel. Morning city tour visiting the typical Barrio de Santa Cruz with its narrow streets, the Park of Mara Luisa and Plaza de Espaa, with a panoramic sightseeing of the city. Optional Artistic tour including the Royal Alcazar Palace. Afternoon at leisure.

Stop At: Casco Historico de Toledo, Toledo, Province of Toledo, Castile-La Mancha
5th. Day (Saturday) GRANADA-Toledo-Madrid (446 kms)
Breakfast and departure towards the Imperial City of Toledo, full of history and monuments. Lunch and city sightseeing throughout its narrow streets and alleys. Continuation back to Madrid. Arrival and end of our services.

Meals included:
Breakfast
Lunch
No accommodation included on this day.

Transportation by air conditioned coach with free WI-FI onboard

Sightseeing tour with local guide in Cordoba,Sevilla, Granada and Toledo.

Hotel pickup /drop off in Madrid

Hotels require a copy of the passport. Please provide this information at time of booking

Passengers are required to clear customs with their own luggage.

Only one piece of luggage allowed per person.

In the unusual event that a group numbers less than 12 participants, the Tour Operator reserves the right to operate the tour in minibus or private car with an expert bilingual driver. Local visits to monumental cities are explained by official local guides.