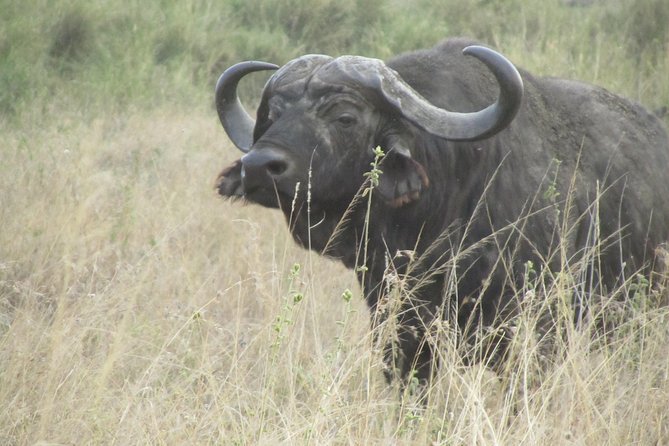 Your most memorable time starts here where you will be taken through the best and marvelous safaris destinations in Tanzania.
You will visit places such as Lake Manyara, famous for its tree climbing lions, the Ngorongoro Crater which is known as the Garden of Eden, and the Serengeti National Park which will give you the chance to experience the 'Big 5' and see the variation of animal species. The endless plain national park in the world give you the best wildlife and game drive in your life time.

The parks varied habitat attracts a wide variety of animals, including one of Africas largest concentrations of elephants. Manyara is famous for its tree-climbing lions, as well as large flocks of flamingos attracted by the algae in the lake. Dinner and overnight at the Alasamo campsite.

Day 2: Serengeti National Park
After the breakfast, depart from the camp and drive to Serengeti via Ngorongoro Conservation Area and later arrive on the great Serengeti plains for a different but just as spectacular wildlife viewing experience. You will pass one of the worlds greatest prehistoric archaeological sites, called Olduvai Gorge, and then continue your way over the scrub lands. Like no other, this stretch embodies the meaning of the word 'Serengeti', which derives from the Masai 'Siringet' and has been artistically translated as 'the land that flows on forever'.

Serengeti National Park covers 6,000 square miles of pristine land and offers not only expansive vistas, but the largest migration of mammals on earth, including 1.5 million wildebeest. Dinner and overnight at the Seronera campsite.

Day 3: Full day at Serengeti National Park
After the breakfast you will have a full day game viewing at Serengeti National Park. The Serengeti, Tanzanias largest National Park, covers nearly 6,000 square miles of grassland plains, Savannah, kopjes, hills, woodlands, and river line forests. Beyond the heralded migration of wildebeest and zebra, the Serengeti is best known for its big predators, including cheetah and leopard, as well as large prides of lions and clans of hyenas. Dinner and overnight at the Seronera campsite.

Day 4: Serengeti N. Park Ngorongoro
Your day starts with a morning game drive central of the Serengeti. For animals, thats an active time of the day as it is not hot yet so there is a lot of wildlife to see out there until approximately 11:30 am. Then return back to the camp for brunch. On your way back, stop at Olduvai Gorge. Its a fascinating archaeological site where you will learn about local history and the Masai tribes. Dinner and overnight at Simba campsite.

Day 5: Ngorongoro Crater Arusha
Your last day starts very early in the morning. Equipped with a picnic lunch you descend 2000 ft. down to the crater floor by 44 wheel drive vehicle for game viewing. Late afternoon you will be driven back to Arusha and you will be dropped at your hotel.

Meals in full board: breakfast, hot lunch or picnic lunch and dinner while on safari.

All transfers and transport

Game viewing activities as stated in the above tour/safari description

Services of a safari driver/ guide and safari cook

Items of a personal nature

Please be insured. Clients should take out medical and travel insurance.

Please bring a warm sweater as the nights can be cold in high altitudes.

You will need sleeping bags, if you dont have, the supplier could also provide them.