6-Day Tour Of Cusco And Machu Picchu - With Reviews & Ratings 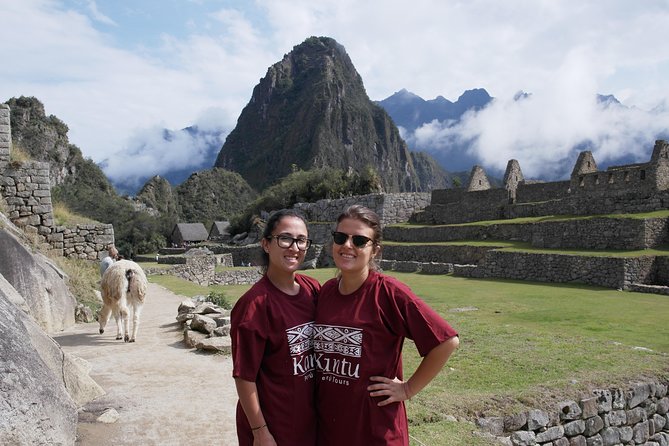 Explore Cusco, Machu picchu and Moray on this six-day guided tour. Visit several archaeological sites to see Inca ruins, the Cathedral of Cusco and local villages. Enjoy free time to explore at your own pace. Pick up and drop-off to the airport is included.

Day 1:
Pick up at airport and transferred to hotel. Spend free time in the morning getting settled into your hotel. Visit the Cathedral of Cusco at the Plaza de armas, the Temple of Koricancha, during your guided afternoon city tour. See the main archaeological sites, including Saksaywaman, Q'inqu (Kenko), Puka Pukara and Tambomachay.
Overnight in Cusco.

Day 2: (B-L)
Take breakfast at your hotel. Pick up from your hotel is between 8:00 and 8:30am. Travel to the Sacred valley of the Incas. Visit a local market archaeological site in the Peruvian village of Pisac. Head to the town of Urubamba, the largest city in the Sacred Valley. Enjoy a buffet lunch at a local restaurant. Drive to the archaeological site of Ollantaytambo in the afternoon. Board the train to Aguas Calientes. Meet your guide, who will take you to your hotel.
Overnight in Aguas Calientes

Day 3: (B)
Head out to Machu picchu after breakfast at your hotel. Enjoy the sunrise at this historic sanctuary. Take a two hour guided tour of the Inca Citadel. Take some free time to visit Machu Picchu on your own. Return to Aguas Calientes in the afternoon. Have lunch in any of the restaurants in the village. Ride the train from either Ollantaytambo or Poroy in the evening. Take the bus back to the imperial city of Cusco.
Overnight in Cusco.

Day 4: (B)
Pick up from your hotel, between 8:30am and 8:45am, following breakfast. Travel to the town of Maras. Capture the lush landscape of this beautiful location, which is ideal for photographers.

Visit the archaeological site of Moray. Be captivated by the Inca agricultural terraces of Moray. See these unusual Inca ruins. Visit a salt mine that is fed by a mysterious natural spring of salty water. Observe how the local residents are working at harvesting these mysterious ponds in order to remove the salt. Return to Cusco.
Overnight in Cusco.

Day 5: (B)
Explore the city of Cusco on your own. Stroll through the streets to the marketplace. Shop or simply take in the atmosphere and people watch.
Overnight in Cusco.

Day 6: (B)
Enjoy breakfast at your hotel prior to checkout. Transfer back to airport for your flight to Lima (own expense).

All the tours in group service.

Bus up and back to Machu Picchu town

One buffet lunch in the Sacred Valley

Important: Upon booking, please contact the email address on your voucher to advise of any specific requirements and flight information.

This tour/activity will have a maximum of 18 travelers

All our vehicles have a tank of water, soap and alcohol so you can disinfect yourself whenever you need it.