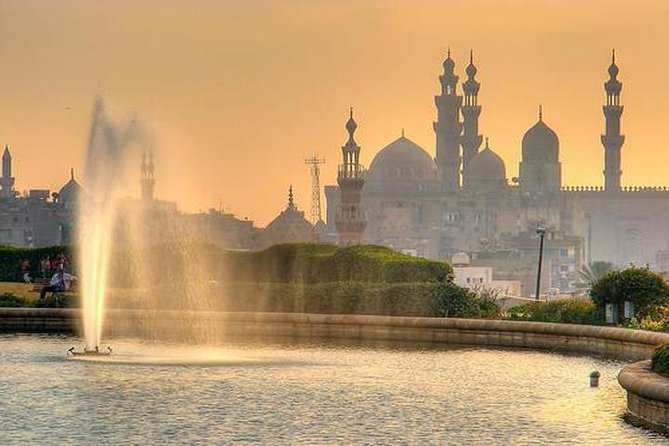 Meet your Egyptologist tour guide in your hotel holding a sign board of your name. Start your tour to see the famous mosque in Cairo which was built inside the biggest fortress in Cairo. Explore the mosque with your guide and and learn about how it was covered in alabaster stone and silver.

Nest, head to the City of Dead to see some tombs and learn more about its history from  your guide. Afterwards you will go directly to Al-Azhar park which one of the largest park in Egypt. Go up to the highest point of Cairo to see all of the city, before heading back to your hotel.

Wifi in your van