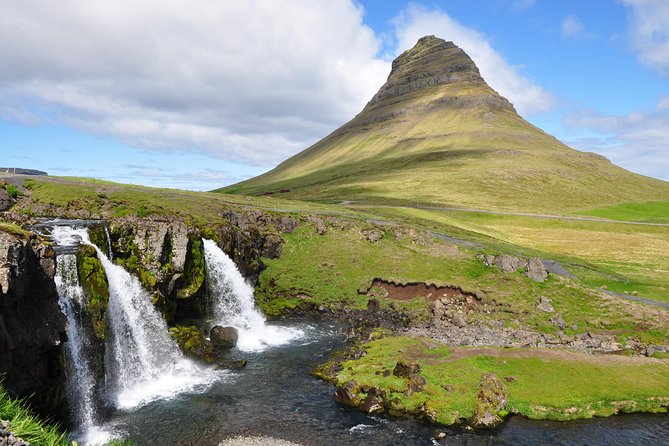 Experience the unforgettable atmosphere of the beautiful island in the Atlantic Ocean with elements of the Nordic climate and also famous for the Game of Thrones series, which is the unique place in Europe. A landscape full of thundering waterfalls, black lava, sleeping volcanoes, giant glaciers and covered with green moss whee you will get an unforgettable experience and cruise through the lagoon where some of the most spectacular scenes of the James Bond movie Die Another Day were filmed.

DAY 1
After your hotel/airport pick up we will start with a trip to the REYKJANES Peninsula, which is a UNESCO World Heritage Site, and you will see magnificent volcanic springs in the town of Krysuvik, fishing village of Grindavik with its crashed boats, then feel the power of nature at the GUNNUHVER spring and at the end of the day we will move to a rising crack between the two earth plaques/Europe and America/.

DAY 2
A trip to the northern part of Iceland where we will stop at the hottest springs in Iceland - DEILDARTUNGUHVER, waterfalls Hraunfossar and Barnafoss, After this amazing experience we will move to the nearby lava cave where you will be able to see this natural uniqueness.

DAY 3
Moving west on the Snaefellsnes peninsula, where we will be able to see the most beautiful waterfall of Iceland Kirkjufell, drive along the famous Snaefellsjokull iceberg, cross the magical black beach and see the bird's eye ARNARSTAPI, visit the forgotten town STYKKISHOLMUR and see the picturesque wooden church BUDIR .

Today, we will head to Iceland's "Golden Circle", which will lead us to UNESCO World Heritage National Park THINGVELLIR and where the first democratic parliament of the world was founded in 930. You will also see Iceland's most beautiful waterfall - GULLFOSS, the famous Geysir , who gave his name to all the geysers, his younger brother STROKKUR and later we also visit the volcanic crater Kerid, which is flooded with a small lake where the concert of the famous Icelandic singer Bjork was held in 2011.

DAY 5
This time we will head to the southern coast of Iceland to watch the world-famous Hekla volcano and look at fantastic Seljalandsfoss waterfall at which you can walk around. We will take a swim in the hot springs directly beneath the well-known Eyjafjallajokull volcano, which exploded in 2010, visit the village of Vik, end the journey in the most southern part of Iceland DYRHOLAEY surrounded by beautiful black beaches and cliffs with a breathtaking view of the Atlantic.

DAY 6
On this day we will drive through the national park at Skaftafell and stop at Lake Jkulsrln, where some of the most spectacular scenes of the James Bond movie Die Another Day were filmed. Watch how the largest glacier in Europe, Vatnajkull, flows into the lake, forming icebergs. You will get the opportunity to see the famous Diamond beach and take the exciting optional boat trip through the icebergs on the lagoon in one of boats. On the way back we will stop at the Glacier - SOLHEIMAJOKUL, which we will be able to touch with your hands.

DAY 7
In the morning, a sightseeing tour of the capital of Iceland -  Reykjavik, whose panorama is dominated by HALLGRIM CHURCH, and time to relax in the afternoon at the most visited place in Iceland - the Blue lagoon thermal baths associated with unforgettable bathing in mineral water-rich thermal water.

boat trip at the Glacier lagoon

Food and drinks except breakfast

the tour and the programme is fully flexible

hotels in this itinerary:

we will visit the most famous Game of Thrones locations:

and also see the Vatnajokull glacier

If you cancel at least 7 day(s) in advance of the scheduled departure, there is no cancellation fee.

If you cancel between 3 and 6 day(s) in advance of the scheduled departure, there is a 50 percent cancellation fee.

If you cancel within 2 day(s) of the scheduled departure, there is a 100 percent cancellation fee.