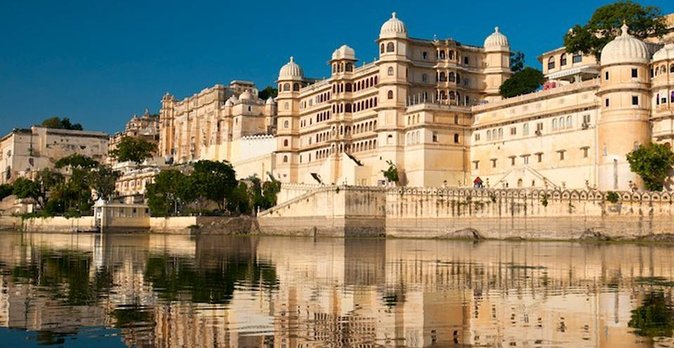 Golden triangle with Udaipur tour package: Book your special itinerary to spectacular Indian cities ofdelhi agra jaipur udaipur Holidays travel Packages. Within 7 days you will visit the mostclassic golden triangle with Udaipur tour. While find a legacy of elegance and sumptuousness of a glorious bygone age from the stunning forts, palaces, temples and tombs, you still can pamper yourself with a laid back sunset boat cruise onLake Pichola in Udaipur, the Venice of the East.

Drive Delhi to Agra.
Early morning leave for Agra, the city of love, 210 km away from Delhi via express highway.(expected time 2 hours 45 minutes ). On arrival, check in at hotel. After freshening up meeting approved guide at hotel with driver. Proceed to the magnificent monument Taj Mahal. After finishing Taj Mahal, proceed to Agra Fort build in the mid of the 15th century build by the 3rd Mughal Emperor. Ending the Fort back to hotel for night stay in Agra.

Drive Agra to Jaipur Enroute visit Fatehpur Sikri.
Morning proceed to Jaipur city (pink city). En route to Jaipur see Fatehpur Sikri (ghost city) made in 1581 AD. Proceed to Jaipur, after reaching check in at hotel. In the afternoon proceed to City Palace a building with a brilliant architectural view of both Hindu(Rajput) and Muslim (Mughal) element. Then moving on to a nearby structure known as Jantar Mantar, a beautiful building made by Raja Sawai Jai Singh as an observatory. Moving on to Hawa Mahal or the Palace of Winds, a palace made for the royal ladies of the rajputs. Going back to hotel for night stay in Jaipur.

Jaipur Sightseeing Tour
Morning after breakfast moving to Amber Fort, a beautiful attraction made outside the city walls. Afterward moving back to hotel for rest. Evening experience by clients by there own by roaming free in the unique colourful bazaars of the majestic city. Spending the night at the hotel.

Drive Jaipur to Udaipur.
Next day drive to Udaipur and check in at hotel. Rest in hotel for the night.

Udaipur Sightseeing Tour.
Start tour of the Udaipur which is known for its Palaces, Museums, Temples, Lake, and Gardens. See the The City Palace and Museum which has the largest palace complex in Rajasthan. At the museum view collection of objects belonging to different Maharajas of Udaipur. Visit The Picholia Lake , Udai Sagar, and Pratap Sagar the most beautiful lakes in the state. Afterward move to Other Attractions in the city like Saheliyon ki Bari, Jagdish Temple, Jag Mandir, Bhartiya Lok Kala Mandir, Pratap Memorial, and Ahar Museum.

Udaipur Airport Departure
This morning after breakfast, moving towards Jodhpur/udaipur airport taking flight for Delhi or drive to Delhi via AC Car. Arrive Delhi to board the flight for your onward journey or flight back to your home. Ending the tour with experience from four different city and happiness on the face..

Pickup and drop back to hotel / airport in New Delhi.

Luxury car for the tour

Tip to driver and guide.

Lunch and Dinner at restaurant or hotel