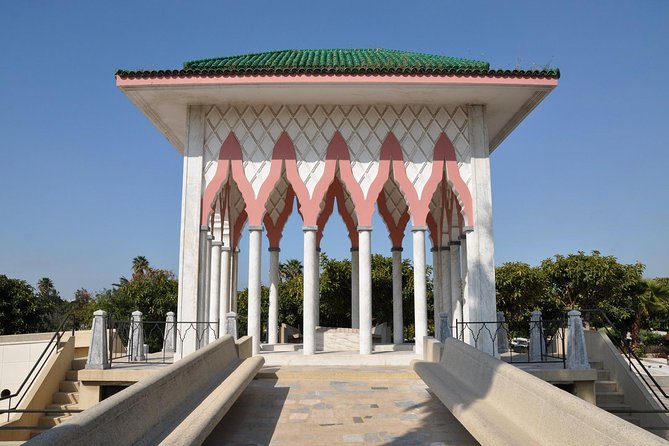 The Moroccan Jewish Community has always been, and still is, one of the largest in the Arab World. Its heritage and history are little known abroad although every part of the Kingdom records an important Jewish legend. We arerediscovering this Jewish heritage, thereby learning more about the many sided histories of Morocco. Jews have been here for hundreds of years, they have lost nothing of their ancient traditions, special customs and culture.Moroccan kings protected Jews from harm and helped some of them develop the wealth that sustained the monarchy for many years.

DAY 1: Casablanca / RABAT : Arrival at Casablanca Mohamed V airport. We start the sightseeing tour the Hassan ii mosque, thenvisit of the Mellah (Jewish Quarter)with its temples and synagogues such as Beth-El, Em Habanim and Neve Shalom.Departure to Rabat and Sale. Well start off with a visit to Chellah and Kasbah of Oudayas next to the old Medina. Then Visit the Mellah. DAY 2: RABAT / MEKNES / VOLUBILIS / FES:departure to Meknes, The visit will include Bab El Mansour, the Hedim square and the mosque of Moulay Ismail .DAY 3: FES:Fes is rich in medieval Jewish history, in fact, it was the home of one of the all times most influential Talmudic scholars, Rabbi Isaac Alfasi, as well as of Maimonides in the years 1160 to 1165. The visit will include the Mellah withits Synagogues, and also a visit to the cemetery of Safroud where Rabbi Lahou Harroch and Rabbi Raphael Moshe Elbaz are buried. Return to the hotel in Fes for overnight stay.DAY 4: FES / MIDELT / ERFOUD / MERZOUGA :depart to Erfoud via Azrou and Ifrane . On toMidelt and then to Erfoud. Take a 4X4 ride to Merzouga for a sunset over the dunes, a berber dinner and overnight in bivouac or return back to Erfoud for dinner and overnight at your comfy hotel room.DAY 5: MERZOUGA / ERFOUD / OUARZAZATE :Witness a magnificent sunrise over the Mezouga dunes, then return to Erfoud for guided tour and visit the impressive Todra Gorges. Well head over to Tineghir to visit its ancient and colorful Jewish quarter. Then well Depart to Ouarzazate via El Kelaa des M'Gouna and visit of Tiliit known as the Ancient City of the Jews of the Dades. Afterwards, well continue to Ouarzazate, check-in and overnight stay. DAY 6: OUARZAZATE:After breakfast, visit the Kasbahs of Taourirt and Tifoultout, ancient residences of Glaoui (The former Pacha of Marrakesh). Relax the rest of the day, continue your visit of the city or take an excursion rideto visit the Rabbi David Ou Mouchi tomb at Telouat by 4X4. Overnight stay at hotel.DAY 7: OUARZAZATE / MARRAKECH :After breakfast, get ready to head to Marrakesh via the Tiz-in-Tichka pass (2260m) and Taddert. DAY 8: MARRAKECH:Today youll explore the second oldest imperial city known as the "Pearl of the South " or the Red City. Visit the Koutoubia Mosque, the Bahia Palace and the Menara Garden. DAY 9: MARRAKECH:Transfer to Mohamed V Airport.