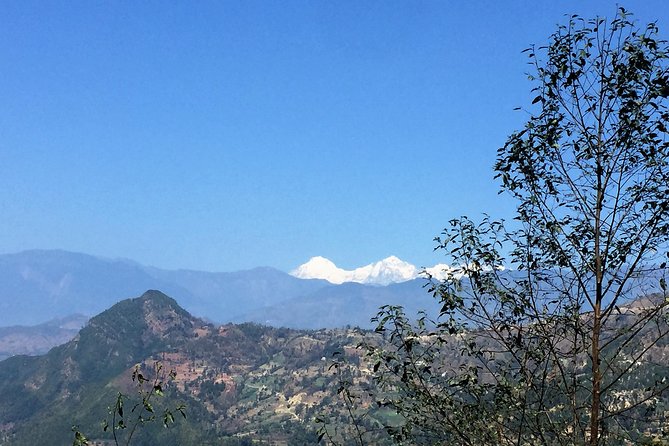 Hiking around Kathmandu-nepal">Kathmandu City offers the opportunity to see Nepalese rural life as well as the superb mountain views without being too far and climbing high Hills. Moreover, you do not have to miss the comfort of the city. Kathmandu is a valley surrounded by beautiful hills and traditional villages. These hills are covered by terraced farms, and lovely forests. Close to the capital city of Surya Chaur Hill 2100m is a perfect destination for viewing the entire valley of Kathmandu and Nuwakot, and the great view of the chain of Manaslu 8167m,Ganesh Himal, Langtang, Dorje Lakpa, Gauri Shanker ranges are seen.
HIGHLIGHTS
Walking through the smallest National Park of Nepal
Watching birds and wild animals
Viewing valleys and the wide ranges of land terraces
Taking selfiee from Surya Chaur HIll
See the spectacular chain mountains including Manalsu 8167m
Observe rural life

Situated  at an altitude of  in the Northern part of Kathmandu valley, Suryachaur Hill within the Narjun National Park lies about 15  KM away from Kathmandu city. The Suryachaur Hill is the highest hill near Kathmandu city. Narjun National Park is the home of 177 species of birds, including at least 9 threatened species, 102 species of butterflies with a number of rare and endangered species, and 129 species of mushroom. Several surveys have recorded the existence of Indian Leopards, Himalayan Black bears, deer, wild boar and many other precious animals in the park. Suryachaur Hill is also one of the famous bird watching sites around Kathmandu valley, which records over 170 species of the birds.

This trip begins with driving to Jagat  (10 KM  away form Kathmandu) passing by Tokha village then start an amazing and natural hiking through the Nagarjun Natinonal Park. As you walk further you will get deep inside the nature. From Jagat, Suryachaur is 5 KM away. The trail goes gradual up until you head Surgachaur. Alternatively, you can either take a Jeep ride, Motor Bike ride or even a bicycle ride.

You can see a single standing Ground with a Broadcast tower from Gurjya-Bhanjyang (Pass), which will make you fall for the place at the very first sight. Once you get Surya Chaur, you can see spectacular of mountain views come closer to you.