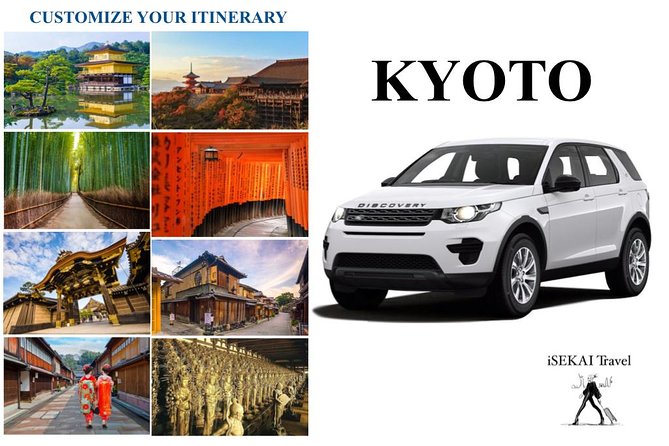 This is a Private VIP Tour in Kyoto - the premium tour agency for trips inside Kyoto. Our team put together unforgettable journeys for our customers who come to Kyoto on various purposes: Pre-Wedding Photos, Honeymoon, Family Trip, Friends Gathering Trips, Food Haunting Tour, Traditional, Hidden and Modern Japan
***You have your own private Discovery Car and Japanese driver who could speak English. Our driver will drive you safely to your expected destinations wherever you want in a spacious car equipped with mobile Device Chargers, Pocket Wi-Fi and Air-Conditioned as well as providing you with information and recommended food nearby your locations. Our team helps you to make reservation for restaurants, accommodation and other related tickets.
***The tour is flexibly customized to your group. Within the service hours which is about 8 ~ 10 hours day tour with us, you can customize your own itinerary according to your preferences.