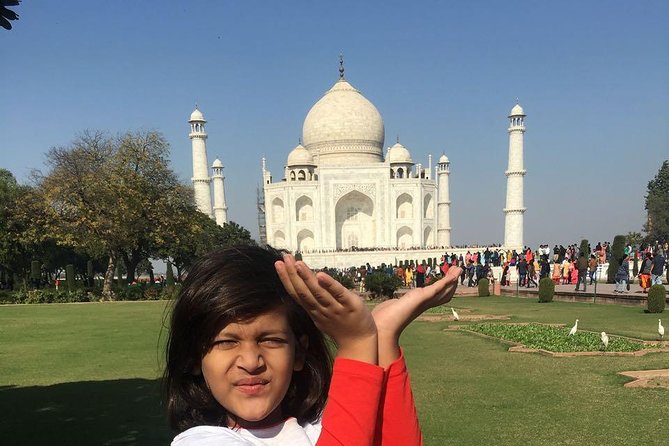 Early morning pick up from Airport/ Railway Station/ Hotel/ Home and drive to the city of Taj- Agra , Arrive Agra in approx. 4 hours & transfer to hotel. Afternoon visit the Agra Fort. Later at sunset visit the magnificent Taj Mahal - one of the seven wonders of the world, surely the most extravagant expression of love ever created. Evening free to explore the Agra's rich heritage of handicrafts in its markets. Overnight stay in Agra.

After Breakfast, Visit Amber - the ancient capital of the Rajput Empire reaching the fort on elephant back. It is a deserted palace surrounded by majestic ramparts & the magnificent public & private room's evidence the splendor of the rulers of 16th & 17th century Rajasthan. After that continue tour of the Pink city visiting the imposing City Palace now a museum, the ancient Observatory, and The exotic Palace of the Winds & the picturesque bazaars of the walled city. Later continue drive to Delhi and departure for your onward destination with mesmerizing memory ofAgra Jaipur Tour.

Alcohol Drink, beverages and any meals