Ahmedabad To Statue Of Unity (2 Days)

Ahmedabad To Statue Of Unity (2 Days) 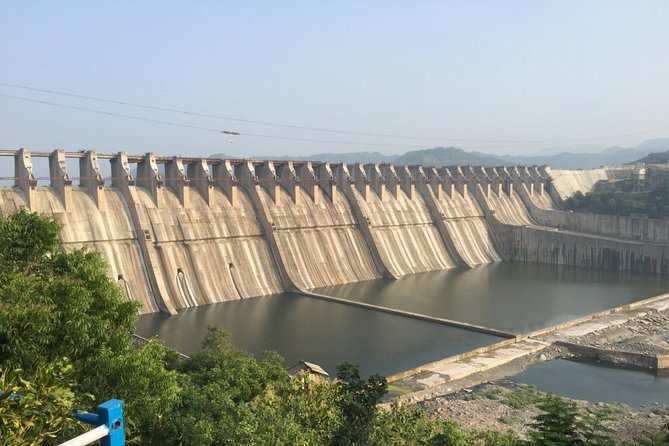 This tour will begin with pickup from your Ahmedabad hotel. You will visit Lakshmi Vilas Palace in Vadodara reputed to have been the largest private dwelling built till date four times the size of Buckingham Palace. Then after you will proceed to visit Statue of unity world's tallest statue with a height of 182 metres (597 ft). And Sardar Sarovar Dam one of the largest dams in the world. Transport by AC vehicle, entrances to monuments and English speaking guide service during sightseeing are well included.

Itinerary
Day 1: Ahmedabad - Vadodara - Statue of Unity (200km/ 4hr drive)
Stop At: Ahmedabad, Ahmedabad, Ahmedabad District, Gujarat
Pick up from your hotel or Ahmedabad airport and drive to Statue of Unity, enroute visit Lakshmi Vilas Palace Vadodara. It is reputed to have been the largest private dwelling built till date and four times the size of Buckingham Palace. At the time of construction, it boasted the most modern amenities such as elevators and the interior is reminiscent of a large European country house. It remains the residence of the royal family, who continue to be held in high esteem by the residents of Baroda. The Palace compound is of over 500 acres and houses a number of buildings, particularly the LVP Banquets & Conventions, Moti Bagh Palace and the Maharaja Fateh Singh Museum building.
Duration: 2 hours
Pass By: Kevadia, Kevadia, Narmada District, Gujarat
Continue drive to Sardar Sarovar Dam, Kevadia, check in at Tent City or hotel near Statue of Unity.
Stop At: Sardar Sarovar Dam, Narmada River Navagam, Kevadia India
Later visit Sardar Sarovar Dam, Selfie Point and Valley of Flowers. Evening Laser Show - A Light and Sound show using laser technology projected on the Statue of Unity takes place every evening except Monday. The colourful laser lighting system is accompanied by an excellent narration of the history and life of Sardar Patel, his contribution to the Independence Movement and the unification of India as one nation. Dinner at the Dining Area along with Live Music.
Duration: 1 hour
Meals included:
Lunch
Dinner
Accommodation included: Overnight in Tent/ Hotel.
Day 2: Statue of Unity - Vadodara - Ahmedabad (200km/ 4hr drive)
Stop At: Statue of Unity, Vadodara India, Statue of Unity 80 Km drive by road from VADODARA, Vadodara India
Breakfast at hotel visit Statue of Unity worlds tallest statue with a height of 182 metres. A huge exhibition hall covering an area of 4,647 square metres has been set up in the pedestal of the Statue of Unity. The hall showcases the life of Sardar Patel, his contributions to the Freedom Movement against British rule and his role in the merger of princely states. The high-speed elevators will take you to a height of about 400 feet through the core of the statue where you can get panoramic view of the surroundings.
Duration: 1 hour
Pass By: Ahmedabad, Ahmedabad, Ahmedabad District, Gujarat
After sightseeing drive to Ahmedabad, enroute visit Lakshmi Vilas Palace Vadodara if not visited previous day and drop off to your hotel.
Meals included:
Breakfast
No accommodation included on this day.