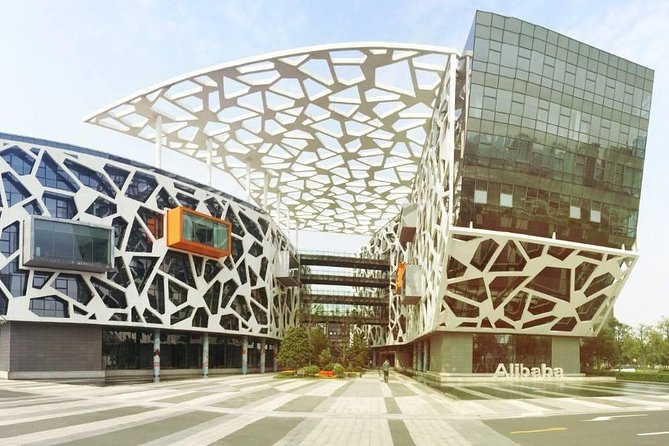 Book an All Inclusive Hangzhou Day Tour is an easier way for you to explore the city in short time. This private tour includes the must see in Hangzhou, the West lake, where you will take a boat to see some top ten West lake sceneries; walking around the Guo Garden, learn the history and the meaning of garden design; here you have chance to pick up the tea leaves with tea farmers, see how famers make the tea leaves and sip a cup of tea, also known as Dragon Well Green Tea in the tea village where get the fame of fancy view. After lunch, visit headquarter of Alibaba Company from outside. Its one of the largest Internet companies. Then pay a visit to Hangzhou Qianjiang CBD-City Balcony.

Pickup at your hotel lobby in Hangzhou or Hangzhou train station.

First, take a boat cruiseon the Westlake, The Westlake Hangzhou (including boat cruise on westlake):West lake is the symbol of Hangzhou which lies on its banks and is a place of tranquility. On the boat you can see one of the Ten Best Views of West lake--Three pools mirroring the moon. The occasional pagoda and Chinese-style arched bridges add atmosphere to the tree-lined walkways, verdant islands and hills make West Lake a very special part of any China experience.

Later, drive to theGuo Garden:This elegant garden villa was built as a private retreat for a wealthy Qing Dynasty silk merchant. Guo's Villa is a fine example of Chinese aesthetics in which the manmade and natural blend in harmonious balance. The Villa opened to the public in 1991, after being restored. It faces Spring Dawn, by the Sudi Causeway which crosses the West Lake, and has a distant view of the serene Southern Screen Hill and the Baochu Pagoda.

Then move to theMeijiawu Tea Plantation: Drogon Well Tea(), also known as Longjing tea, is a variety of roasted green tea from Hangzhou, Zhejiang Province, China where it is produced mostly by hand and has been renowned for its high quality, earning the China Famous Tea title. It's seated at the hinterland of West Lake Park and it boasts the most important Dragon tea production basis. Here you can learn the special tea culture, taste the fragrant tea. And Tea Farmer will show you how to pick the leaves, how to fry the leaves and how to drink the best tea in China.

After lunch, continue your tour to Alibaba Comany, you can have chance to visit Alibaba Company (From outside). Alibaba Group Holding Limited is a Chinese e-commerce company that provides consumer-to-consumer, business-to-consumer and business-to-business sales services via web portals. The group began in 1999 when Jack Ma founded the website Alibaba.com. Alibaba is the world's largest and most valuable retailer as of April 2016, surpassing Walmart, with operations in over 200 countries, as well as one of the largest Internet companies. Its online sales and profits surpassed all US retailers (including Walmart, Amazon and eBay) combined since 2015. It has been expanding into the media industry, with revenues rising 3-digit percents year on year.

The last stop isThe Hangzhou New Qianjiang CBD, located in the southeast side of downtown Hangzhou, next to the Qiantang River. It is 4.5 km away from the West Lake Scenic Spot.The central area of the Hangzhou CBD will serve as Hangzhous future business, political and cultural center. This place will give you a different impression about Hangzhou and show you the future of Hangzhou.

After the tour,drive you back to your hotel or train station.