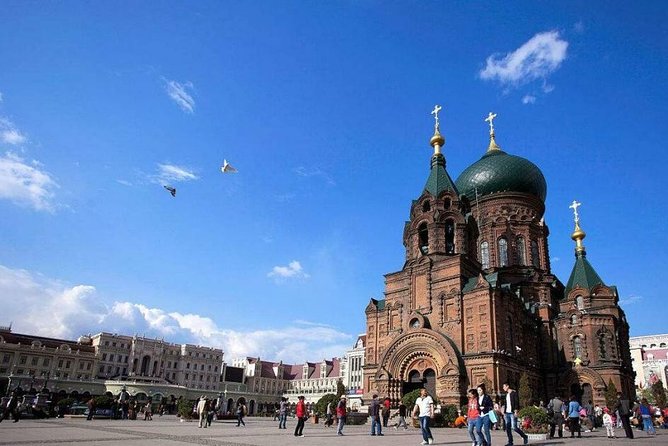 Harbin-china">Harbin, originally a Manchu word meaning a place for drying fishing nets grew from a small rural settlement on Songhua River back to become one of the largest cities in Northeast China. In 1897, after Chinese eastern railway was build and the October Revolution of 1917 succeeded, many Russians and Europeans move to Harbin and built houses, schools, and shops in Harbin so, at that time, Harbin became an international city. Harbin local culture is fundamentally Han culture, combined with Manchu and Russian cultures. This combination of cultural influences impacted local architectural style, food, musics, and customs. On this tour, you will immerse yourself in historical and cultural Harbin to discover the city through the eyes of locals.

At 9am, your private guide will be waiting at your hotel lobby to pick you up and transfer you with a private car to your first stop of the day, Unit 731 museum, a Japanese war crime evidence museum that many people do not know its existence. Unit 731 museum is built on the original site where Japanese troops conducted brutal and inhuman biochemical and bacteria weapon experiments on live human bodies captured locally and through wars. Majority of the victims are Chinese but there are other nationalities as well. You will read about the history and see photographs of what happen during Japanese occupation to better appreciate life and world peace. However, the museum is closed every Monday. After the museum visit, head back to downtown Harbin to visit St. Sophia Church.

St. Sophia Church was built in Daolin District of Harbin City for Russian solders to help them cope with homesick; therefore, it has authentic Russian architectural style. Today, this place is also a business center. Later, you will have local specialty cuisine for lunch. After lunch, continue to the street that has a history of hundreds of years called Central Street, also known as Zhongyangdajie, which is is a witness of the development of Harbin. In addition, you will see many different European style architectures left buy European migrants.

Next, you will visit Flood Control Monument Plaza and Songhua River bank.Songhua River is one of the longest river in China. In summer, you could take a boat side to enjoy the scenery of the river, and in winter, you could walk on the frozen river. After visiting Songhua River, take a coffee break to freshen up before your guide and driver transfer you back to your Harbin hotel.