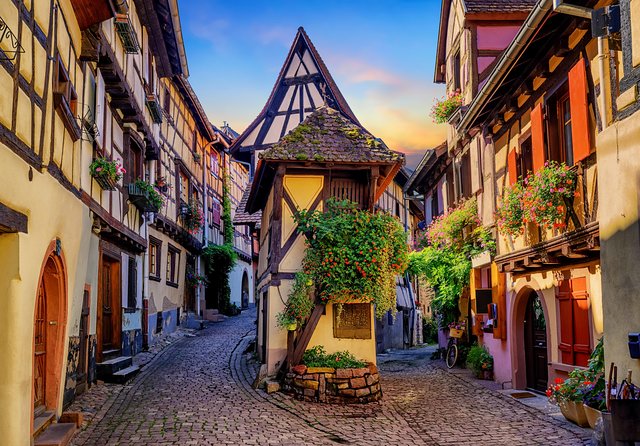 Immerse yourself in the quaint villages and beautiful scenery of Alsace on this full-day tour from Strasbourg. With your expert guide, drive through rolling, vine-coated hills to explore the picturebook town of Colmar and cobbled village of Eguisheim. Then, delve into the medieval, walled village of Riquewihr and follow the famous Alsace Wine Route. Continue to your last stop at the fairytale-like, 12th-century fortress of High Koenigsbourg. Numbers are limited to eight people on this small-group tour, so you can enjoy an in-depth experience.

Visit of Eguisheim and Riquewihr Villages

Must be 18 years of age to drink alcohol

A minimum of 2 people per booking required

Infants under 4 years old are not allowed on the tour