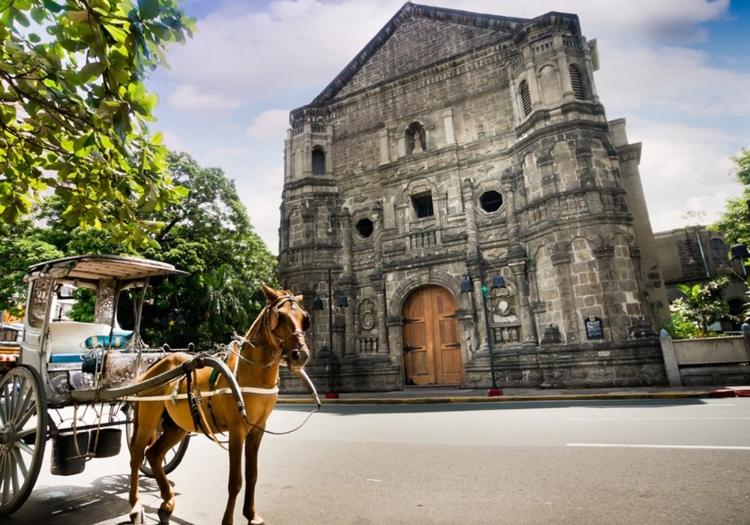 Arrival at Manila Airport where your tour guide awaits you
Proceed for lunch at a local restaurant
After lunch transfer to your hotel to check in
Proceed for an exciting tour of Manila city which includes:
Rizal Park - Immerse yourself into Philippines history at the Rizal Park named after Dr. Jose Rizal, Philippine national hero.
Intramuros - also known as the Walled City that was considered as Manila itself during the Spanish colonial period.
Fort Santiago - The fort is one of the most important historical sites in Manila. Several lives were lost in it’s prisons during the Spanish Colonial Period and World War II. José Rizal, the Philippine national hero, was imprisoned here before his execution in 1896.
San Agustin Church - We'll drive through the cobbled streets and visit San Agustin Church
Manila Cathedral - A Roman Catholic basilica and one of the oldest churches in the Philippines
In the evening World Highest Light and Music Water Fountain show at Okada
Shopping at Asia’s Biggest Mall (Mall Of Asia)
Shopping at Greenbelt Shopping Mall / Gloriette Shopping Mall,
Landmark and Shoemark
Visit the biggest Casino of Manila, Solaire Resort & Casino, City of Dream, Resorts World Manila & Okada Manila Resort & Casino.
Dinner at a local restaurant
Overnight stay at hotel

Continental Breakfast at hotel
Day trip to Pagsanjan Falls
Visit the rustic town of Pagsanjan
Board a native banca (canoe) skilfully driven by two boatmen and manoeuvred upstream through rocks and boulders amidst steep gorges and lush tropical vegetation
Arrive at the breathtaking Pagsanjan falls
Take a swim or board a bamboo raft through the falls into a cave right behind its veil of water.
Head back downriver passing through 14 rapids; the most breath taking part of the tour
Lunch at a local restaurant
Dinner at a local restaurant
Overnight at hotel

Continental Breakfast at hotel
Proceed for Tagaytay Ridge Tour
Visit Tagaytay Ridge at 2,250 ft. above sea level
Get a panoramic view of Taal Volcano which is considered to be the smallest & lowest volcano in the world. Sitting serenely on Taal Lake, the volcano offers a deceptive sight, considering the violent history of past eruptions
Visit The People's Park in the Sky originally named Palace in the Sky, a historical urban park in Tagaytay
Visit Puzzle Museum housing the world’s Guinness Record of Jigsaw Puzzle collection
Lunch at local restaurant at Tagaytay
Special Wedding Vow renewal at an Old Manila Church
Gala reception dinner with starters and unlimited alcohol for 2 hours (After the church ceremony)
Overnight at hotel

Any International & Domestic flights
Insurance: All types
Items of a personal nature such as alcoholic drinks, cold drinks, laundry
Any others expenses which are not mentioned at the included section
Visa
City tax