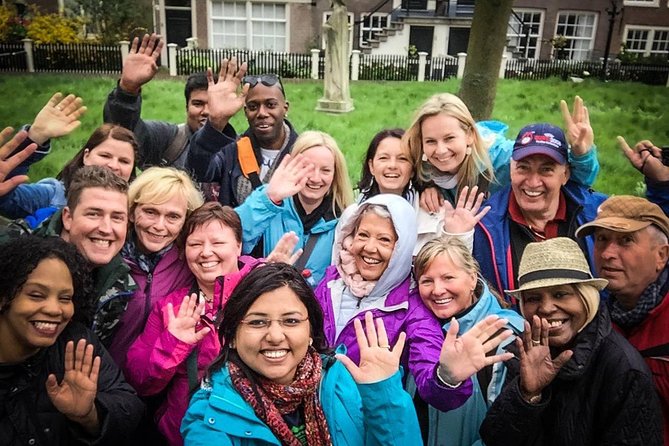 Join this 2-hour Amsterdam walking tour and explore the city's coffee shop culture with a local guide. Get an in-depth look into the world of coffee shops in Amsterdam and learn about its history and legalization. We focus on COOL places in the summer and WARM places in the winter!

Meet your local guide in central Amsterdam and enjoy an insight into the coffeeshop scene and culture and the history of marijuana in Amsterdam on a 2-hour guided walking tour.

Start your tour at the legendary Dam Palace and be introduced to the local world of cannabis at one of Amsterdam's oldest coffee shops, slang for shops that sell cannabis products in Amsterdam. Educate yourself on the history and legalization of cannabis. Discover the streets of the city as you walk to the famous coffee shops in Amsterdam, pubs, and secret medieval sites along the way.

Visit three coffee shops as well as an Irish Pub. Walk down legendary Reguliersdwarsstraat as you learn about the city's history from your knowledgeable guide and enjoy sampling local food (own expense on 2 hour tour) at a few shops the tour passes by. Your tour will end near Rembrandtplein in central Amsterdam.

Warm Places in the winter

Cool places in the summer!

Minimum age is 18 years; A current valid passport is required on the day of travel

Food is only available on 3 hour tour