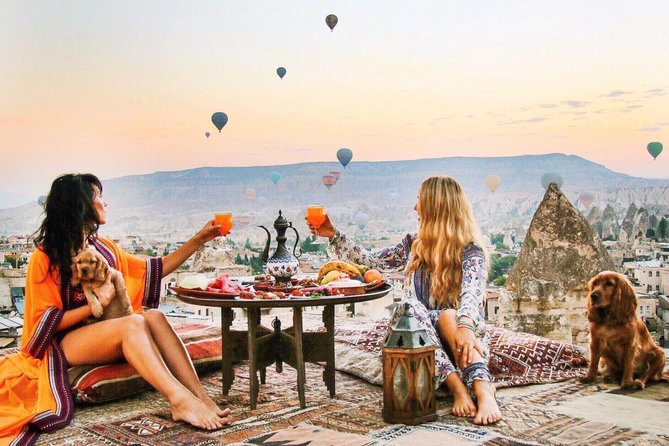 Day 1: Antalya, arrival
On your arrival to Antalya airport, our driver will welcome you with a sign your name written on. Then you will be transfered to your hotel and rest of the day is yours.

Day 2: Perge, Aspendos and Side Tour
Visit to the Ancient city of perge. See the amphitheater, stadium, gates and city walls. Continue to Aspendos, known for its Theater of Aspendos, one of the world's best-preserved examples of Roman theater architecture. Every summer it hosts the Aspendos International Opera and Ballet Festival. After lunch, explore the ancient ruins of Side. This spectacular city is situated on a peninsula, and features ruins from the Hellenistic, Roman and Byzantine eras. The most spectacular sight is the Temple of Apollo in the old harbor.

Day 3: Cappadocia Tour
Visit fairy chimneys, underground cities and rock-cut churches, Prepare for an action-packed itinerary, as you visit Cavusin village, the pottery town of Avanos and the iconic Three Beauties of Urgup, then get your camera ready for a drive through the dramatic landscapes of Devrent, Pasabag and Lovers Valleys.

Day 4: Cappadocia full-day Regional tour
After breakfast at the hotel be ready to discover the most beautiful valleys of Cappadocia (Devrent, Pasabag, Goreme).Then you will visit Uchisar castle and Pigeon valley. After lunch at a restaurant with a great panoramic view you will drive to Cavusin village to explore the rock cut houses and churches.Last stop before coming back at the hotel is Love valley with huge rock formations.

Day 5: Istanbul, departure
Pick-up from hotel for a domestic flight to Istanbul. Our driver will welcome you with a sign your names written on.Overnight in Istanbul.

Day 6: Byzantine Relics Tour & Bosphorus Dinner Cruise
Visit ST. SOPHIA which is an ancient basilica built by Constantine the Great in the 4th century and reconstructed by Justinian in 6th century. This old monument is wonderful and eye-catching. The second site is SULTANAHMET Imperial Mosque which is built in 16th century and known as Blue Mosque due to its fascinating interior decoration of blue Iznik tiles. HIPPODROME is the next place to visit. This monument was a circus and was the sporting and social centre of Constantinople, capital of Byzantine Empire. After move on to the Grand Covered Bazaar.
In the evening spend a memorable all inclusive evening cruising around the Bosphorus Strait in Istanbul. Enjoy spectacular views of historical places and the two beautiful bridges enchantingly illuminated at night. Delicious cuisine and a rich Turkish Night show program will perfectly compliment an unforgettable evening.

Day 7: Istanbul departure
According to your flight time we will transfer you to the airport for your flight.

Domestic flight from Cappadocia to Istanbul

Sightseeing Tours mentioned on the itinerary

Airport transfers mentioned on the itinerary