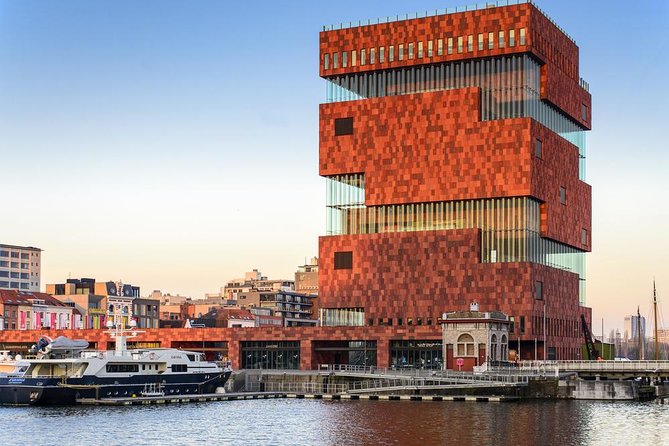 Antwerp, Belgiums second largest city, boasts one of the largest harbours in the world. The railway station is a stunning building. It is said to be the most beautiful railway station in the world. Our Lady Cathedral is the largest gothic church in the Low Countries and it countless invaluable paintings by world class artists of the 17th century. The absolute masterpieces, however, are the Rubens paintings. Our guided walk through the old city starts at the impressive 13th century castle that guarded the city and its port. We will take you to the gothic guild houses at the Market Square. The river Scheldt is the cradle of Antwerp where the city built the MAS-museum, famous for its spectacular views of the harbour and the old city. In your free time, do try the local beer called a Bolleke.

Stop At: Cathedral of Our Lady, Antwerp, Antwerp Province

In 1352, the construction begun and become the largest gothic church in the Netherlands. In 1521, after nearly 170 years the church was ready. The north tower is 123 M high and the south tower is 66M. Houses the 4 main paintings painted by P.P.Rubens: "The raising of the cross", "The resurrection of Christ", "The descent from the cross" and "The assumption of the Virgin".

a museum located along the river Scheldt in the Eilandje district of Antwerp, Belgium. It opened in May 2011 and is the largest museum in Antwerp.

The oldest of the country of 1905 and built by the architect Delacenserie.
Situated in the Jewish area and also the diamants area.
2007: construction of a tunnel to welcome the speedtrains.
2009: the 4th most beautiful railway station of the world.
Next of the station the beautiful Zoo!

Castle of the 13th century and houses since 1952 the National Museum of Maritime.
Situated along the old fortifications of the city.

Town hall of 1561 in italo-renaissance style.
In the middle of the square the statue of Brabo: Brabo with the hand of the giant Antigoon......chopped off his hand and threw it in the Scheldt river.......Antwerpen or Hand throwing.......origin of the city's name. The marvellous guildhouses from the 17th century.

Entry/Admission - Cathedral of Our Lady