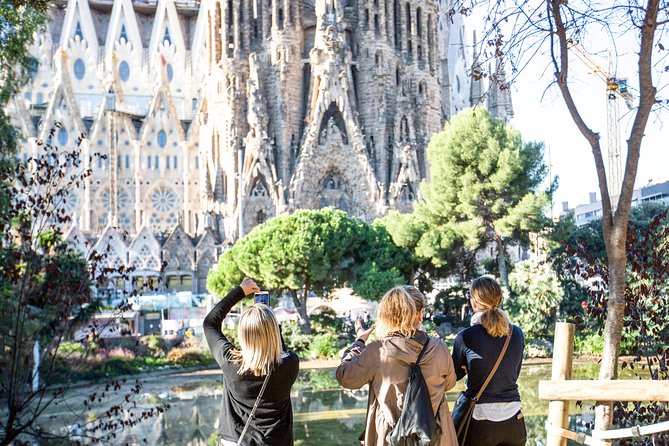 Discover Antoni Gaudis Modernist masterpieces on a 3.5-hour afternoon tour of Barcelona, led by an expert local guide! After admiring close-up views of faade of La Sagrada Familia, a UNESCO World Heritage site, continue to Park Gell for a skip-the-line tour. Ogle the parks sculptures, terraces and mosaic-embellished walls, and then finish with a stroll down Passeig de Grcia for photos by the former private residences of Casa Batll and La Pedrera (Casa Mil).

Stop At: Basilica of the Sagrada familia, Barcelona-spain">Barcelona, Catalonia

The first part of the visit consists in a walking tour around the exterior of la Sagrada familia, where we will discover its history and the symbolism hidden behind its ornamentation.

We will access to the upper part of Barcelona, where Park Gell is located with an incredible panoramic views of the city. The Park is one of the most emblematic works of Gaud because he displayed all his creative talent with a naturalistic and organic style. The park has been declared World Heritage Site by the UNESCO.

We will finish de tour with a nice walk through one of the most important streets in Barcelona, Passeig de Grcia, where apart from prestigious brand shops we can find some buildings in modernist style, among them Casa Mil La Pedrera and Casa Batll. The tour will end up in front of Casa Batll, only ten minutes walking distance from Catalunya Square.

Entry/Admission - Basilica of the Sagrada Familia

Infants travel for free provided they do not occupy a seat

May be operated by a multi-lingual guide and for your comfort, a radio guide system is offered during the tour, in groups of more than 5 people.

Please be aware that the tour includes Walking Tours, we kindly advise you to use comfortable clothes and shoes and be ready for some walking.