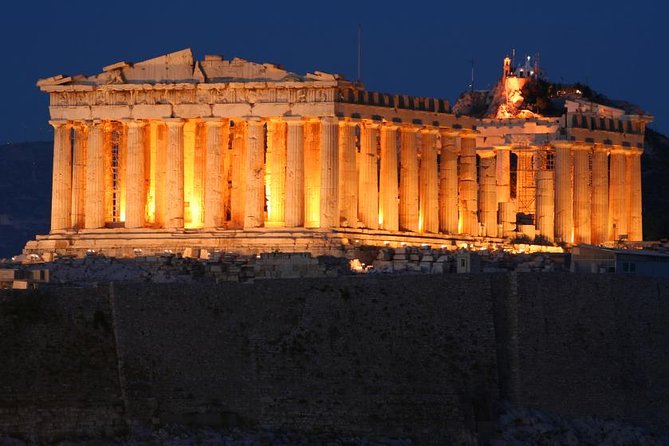 Fuel your appetite with a night-time tour of Athens, before relaxing with a Greek dinner show. Taking place at a typical taverna in the renowned Plaka district, it's the perfect way to finish your night out in Athens!

Photo stop, we will see the Parthenon illuminated

Pass By: National and kapodistrian university of athens, Athens, Attica

Pass By: The Academy of athens, Athens, Attica

Pick up from Piraeus port, airport, airbnb and apartments