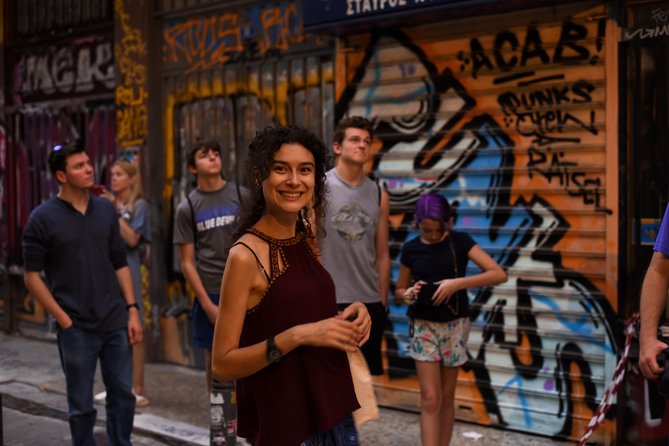 Enjoy a captivating evening walking tour around the highlights of Athens and learn about the fascinating heritage of the historical city with the assistance of your knowledgable local guide. Discover the legend and myths that are hidden beneath every rock you turn in the most beautiful Athenian neighborhoods and experience the city off the beaten path! This tour is ideal for new-timers who are looking to have a local experience, explore the most important sites of the city, and discover its culinary culture, as a traditional Greek meze dinner will wait for you at the end of your adventure!

The most central square of Athens in front of the Greek Parliament House.

Stop At: Choragic monument of lysicrates

We will talk about the origins and the history of drama in ancient Greece.

The most quaint and beautiful neighborhood in Athens.

Stop At: Tower of the winds, Athens, Attica

The first weather station in history with stunning architecture.

The most vivid square in Athens, from where you see the city's history unfolding before your eyes.

The hip area of Athens' downtown, a favorite among locals and visitors, with a lively nightlife.

We CAN provide food substitutions for vegetarians

All taxes and VAT

Any additional orders or purchases