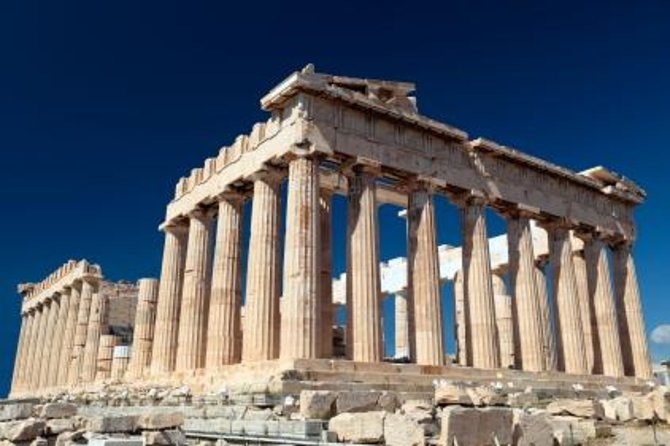 The moment your cruise ship arrives in port in Athens (Piraeus), your shore excursion to the Acropolis begins. Discover Athens' ancient history on this fascinating city walking tour with a local guide. Venture inside the Acropolis, see the Parthenon and admire how this ancient monument towers above the city. As you soak up the local scene, you'll also see such sites as the House of Parliament, the Zappeion and the Zeus Temple. Free time in Plaka district is provided too.

Acropolis and all its monuments

Stop At: Temple of olympian zeus

Change of the Guards in front of the Greek Parliament

Round trip transfer from the Port of Piraeus and back

Entrance fees (approx. 26 euros) payable in cash directly on the day of the tour

Please have in mind that

baby strollers are not allowed on the Acropolis

archaeological site and that there is no cloakroom at the side entrance we use to enter. For your own convenience, it is recommended to use a baby pouch instead of a baby stroller.