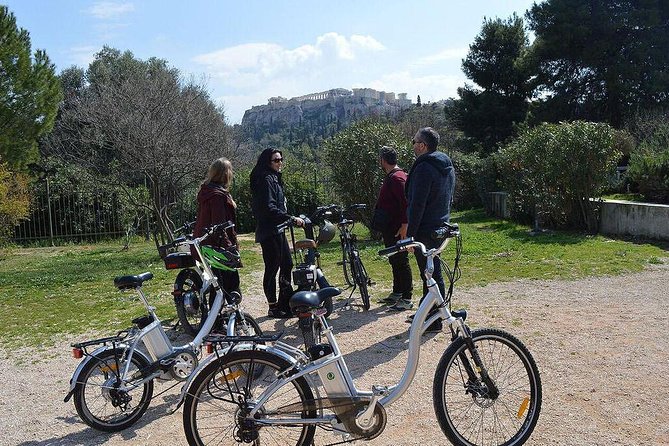 Take advantage of the speed and comfort of an electric bike, and see as many of the sights in Athens as possible on a 3-hour tour. Visit the Temple of olympian zeus, the old neighborhoods of Plaka and Thissio as well as the Parliament and the Tomb of the unknown soldier. With the speed and ease of an electric bike, you can even see the new museum of the Acropolis, the Parthenon and enjoy an incredible view from Mt. Lycabettus.

Enjoy a relaxing, 3-hour electric bike tour of Athens. Visit the Arch of hadrian, the Temple of the Olympian Zeus and more. Cycle through the old neighborhoods of Monastiraki, Plaka and Thissio. You will also visit the Greek Parliament and the Tomb of the unknown soldier. Stop at the new museum of the Acropolis, admire the Parthenon and enjoy an incredible view from Mt. Lycabettus.