Back To The Past Xi'an 2 Days Private Tour Combo Package

Back To The Past Xi'an 2 Days Private Tour Combo Package 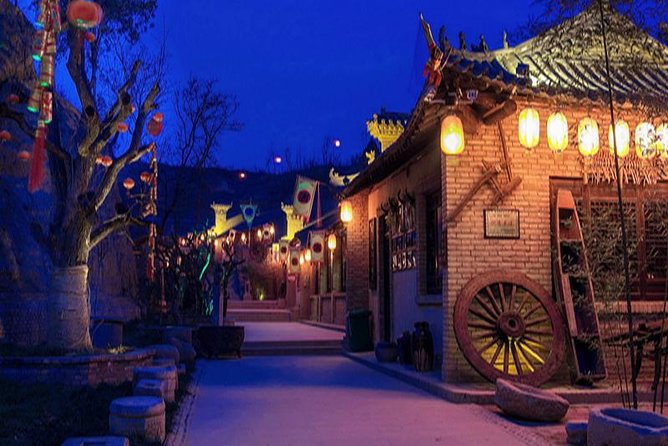 This 2 days trip takes you back to the past to visit the Terracotta Army from 2,000 years ago of Qin Dynasty. You will also travel back to 1,000 years ago to see the only Female Emperor's Mausoleum. Furthermore, you will have a chance to visit local Folk Cultural Village and try many different local snacks!

Day 1
In the morning, visit the ancient City Walls, which enclose the heart of modern Xi'an City. Opt to cycle atop the ancient city walls, looks down over the life of the city. After that, continue to Terracotta Warriors and Horses Museum, situated a short drive out of Xi'an (approximately 1 hour). The warriors were re-discovered in 1974 after having been buried for over 2,000 years.

Day 2
Today you will take a private car to visit the only Chinese female emperors mausoleum and the princesss tomb. Completed by 684 A.D. (with additional construction until 706 A.D.), the tombs of the mausoleum complex houses the remains of various members of the House of Li, the imperial family of Tang dynasty. This includes Emperor Gaozong, as well as his wife, Wu Zetian, who usurped Tang throne and became the only governing female emperor of China. After that, there is an opportunity to try all kinds of local specialties in a folk cultural village before heading back to your hotel.

Age under 5 is free to join