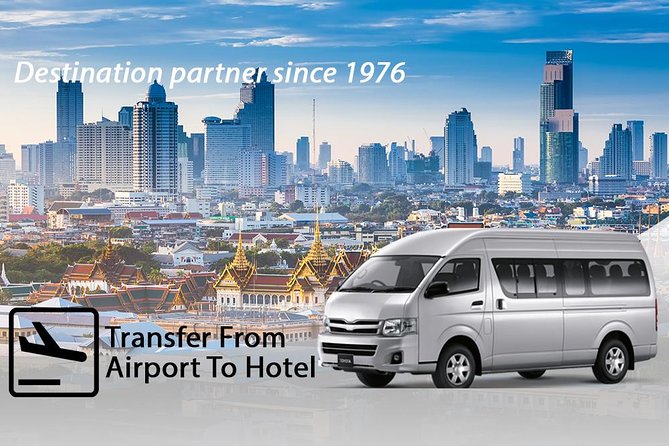 Ensure your trip to Thailand is free of hassle by booking your Bangkok shared airport transfer now. Travel from the Suvarnabhumi International Airport to your hotel in the city of Bangkok. Transfer services are available 24 hours a day, 7 days a week.

When making a booking, you will need to advise your flight details and your Bangkok accommodation details. Your Bangkok airport to hotel transfer will be confirmed immediately and you will be provided with a travel voucher to present to the driver in Bangkok.

At time of booking, YOU MUST include the following flight and hotel details:Please note: If your flight arrives in Don mueang international airport, please book the private arrival transfer we offer.

Child seats are available on requests. Please advise at time of booking.