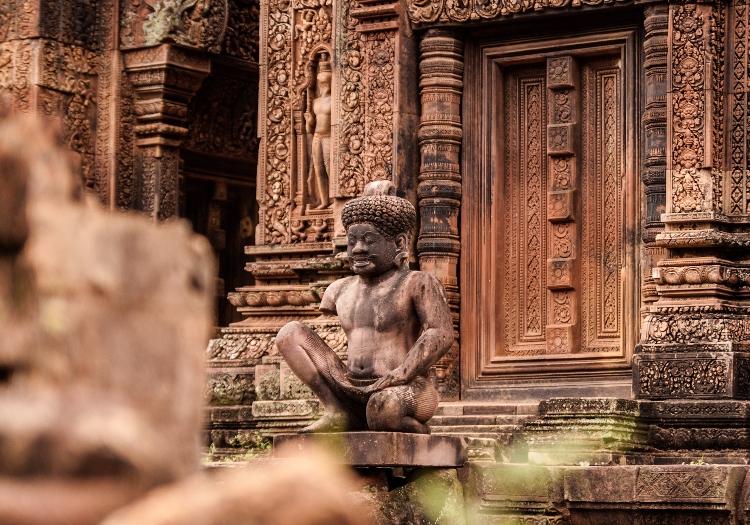 Banteay Srei Temple, the pink sandstone temple was built by king Rajendravarman in the 10th century. You’ll see that the walls of Banteay Srei temple are covered with the most deep and intricate carvings of any of the temples in Angkor.