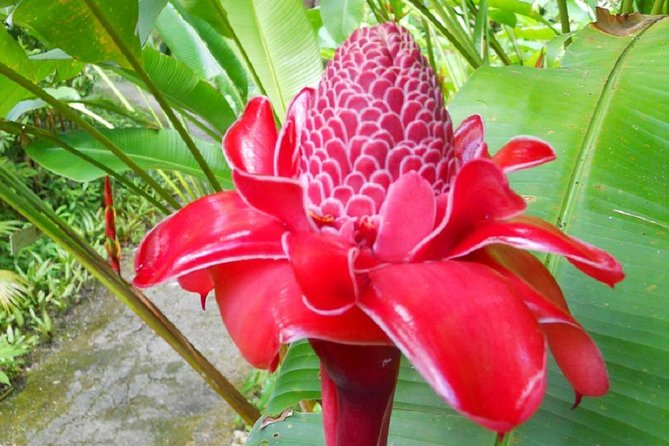 A wonderful Harrison's Cave, St Nicolas Abbey & Flower Forest tour will give you an opportunity to have utmost fun and enjoyment with a introduction to history, magnificent beauty and rich culture. We will make sure in arranging a convenient and comfortable full day guided tour that will take you to Barbados most premium and fascinating attractions in which your Driver / guide will enlighten you with all the information on our island and key points of interest. Round trip pick up and drop of available from all hotels and Bridgetown port
Tour includes:
Harrison's Cave Tram Tour
Flower Forest
Bathsheba
Lunch
Morgan Lewis Windmill
Cherry Tree Hill
St Nicholas Abbey

A wonderful Cave Abbey & Flower Forest tour will give you an opportunity to have utmost fun and enjoyment.This is a full day tour 6.5 hours with lunch Our tour first stop is at Harrison's Cave where you will take a guided electric tram tour and travel through the winding tunnels, caverns viewing the stalactites and stalagmites which have been growing for many centuries you will also see pools, waterfalls and streams. This stop is approximately 1.15 mins long After the majestic Cave tour our next stop is the Flower Forest garden where you will experience botanical Barbados in tropical forest style with spectacular color and plant variety and tropical blooms. Garden is 45mins to 1 hour stop. Barbados is known for it beaches and surfs but no trip is complete without a stop in Bathsheba simply breath taking, We then take you unto the east coast to taste the flavor of Barbados with local cuisine served up at our lunch stop. Following lunch we will make our way up Cherry Tree Hill and on to St. Nicholas Abbey Plantation House which is one of the last remaining authentic house of the 17th Century that exists. The History lesson at this stop will be enlightening and to top it off the Abbey Plantation produces award winning rum and they are always delighted to offer you a tasting tour of Abbey is 1.5 hour long.

Single person can request Viator to check with supplier for availability