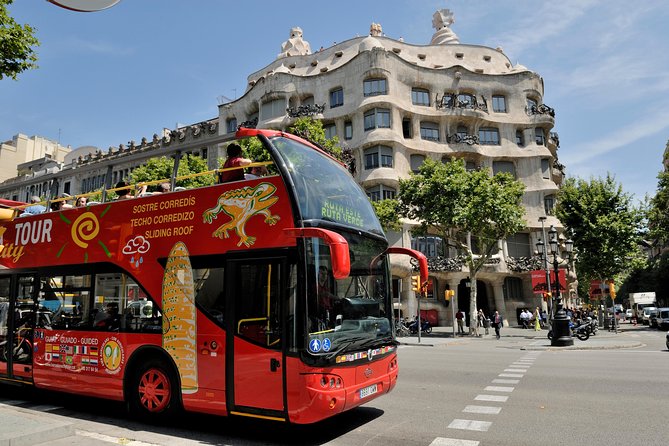 Discover the best of Barcelona at your own pace on a one-day or two-day hop-on-hop-off tour. With two interconnected routes, this tour is the easiest way to get around the city and see all the important tourist attractions in Barcelona. Get a bird's eye view of the cobbled medieval streets of Las ramblas, discover the Port Olimpic beachfront promenade and see the famous F.C. Barcelona football stadium.

You can hop on and off the tour as many times as you like aboard this sliding-roof double-decker bus. The two tour routes are interconnected so you can easily hop between them to discover the best of Barcelona. Your ticket is valid on both routes.

You will also have free wifi access aboard this Barcelona city tour Hop-On Hop-Off, and you will be able to use the same username and password on the on Madrid, Seville, Granada, Malaga and other cities same hop-on hop-off services.

Discounts to use in some shops, museums, and restaurants in Barcelona

Unlimited use on Barcelona City Hop-on Hop-off Tour for one or two consecutive calendar days, depending on option selected