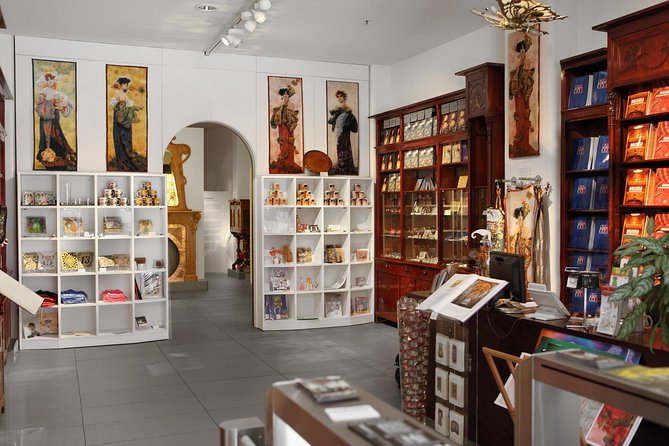 The Barcelona Museum of Modernism opened its doors in March 2010, in the centre of Barcelona, the first and only museum in Catalonia specialized in the Modernist period. The MMBCN collection consists of a large number of works from various artistic disciplines, including the decorative arts, which were revitalized and renewed during the Modernist period. Each one of these works represents the creative spirit of artists from the second half of the 19th century and the early 20th century, and the collections technical and thematic variety depicts the multidisciplinary nature of Modernism.

This variety ranges from the interior decoration of the great houses of the bourgeoisie in the Eixample and on the outskirts of Barcelona, through to oil paintings of daily life, portraits and social issues, as well as decorative sculptures of a symbolic and literary nature. Each piece reflects the quintessential elements of a time of great importance for Catalonia, this being the era in which the identifying features which would shape the course of history were defined.

Modernism was an international movement which originated in Europe in the late 19th century. Its foundations, essentially aesthetic, have their common link in the renewal of the arts and the constant inspiration from nature, from which they took their most distinctive symbols. In response to the second Industrial Revolution, the fin de sicle culture wanted to welcome the new century with a fresh start. This technological renewal brought important changes which influenced both social and daily life, and helped strengthen the power and influence of the new bourgeoisie.

In Europe, Modernism evolved with a marked difference in each country, as a result of the popular and cultural influences specific to each terrain. It is significant that in each country the movement took on a different form and personality, despite certain unifying stylistic features. France, Belgium, England and Austria in particular, developed significant aesthetic trends whose common ground was a renewal of art-oriented elements of nature and a referral to cultures and civilisations with a strong exotic influence.

In Catalonia the movement was not only based on aesthetics, but extended to all areas, being one of the regions with the strongest political and intellectual influences attached to Modernism. Its origins usually date to the 1888 Barcelona Universal Exposition, a date where the emergence of this new style became official, even though some Modernist expressions had appeared years before. This was the era of the cultural movement of the Renaissance, of finding a true Catalan identity.

This new artistic expression provided an enormous variety of symbols, in addition to proposing greater creative freedom through new ways previously not accepted by academic institutions. Within the art world itself, this change resulted in a major revitalization of craftsmanship, elevating the minor art forms to the category of art and also developing the field of design. The new city-shapes, their inhabitants, environment and everyday objects underwent both an aesthetic and formal transformation which enabled everyday citizens access to the worlds of art and beauty.