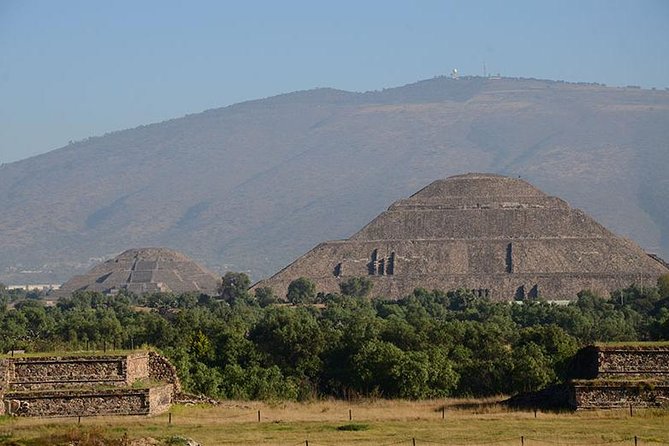 Escape the hustle of Mexico city with a guided tour of two of the most popular nearby attractions. First, explore the Basilica of our lady of guadalupe with a bilingual guide to understand why this sanctuary is one of the most important in the world, drawing millions of pilgrims each year. Continue to the Pyramids of Teotihuacan, an iconic Aztec archaeological site, where you can climb to the top of the Pyramid of the Sun and the Pyramid of the Moon. A tequila and pulque tasting is also included.

Lunch (if option not selected)

Note: If you require an Italian speaking guide, there is an additional cost paid directly on the day of the tour - please advise at time of booking to know the cost