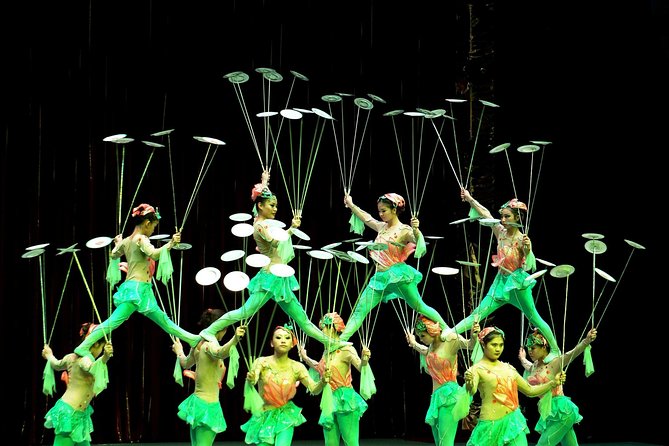 Dine on exquisite Chinese cuisine at a Peking Duck banquet dinner then enjoy traditional entertainment from a Chinese acrobat troupe in VIP Seat on this Beijing evening excursion.

Your delicious banquet will be followed by exotic entertainment from a Chinese acrobat troupe, who have perfected this elegant art form that has been performed in China for thousands of years.

Cruise port pickup is not available