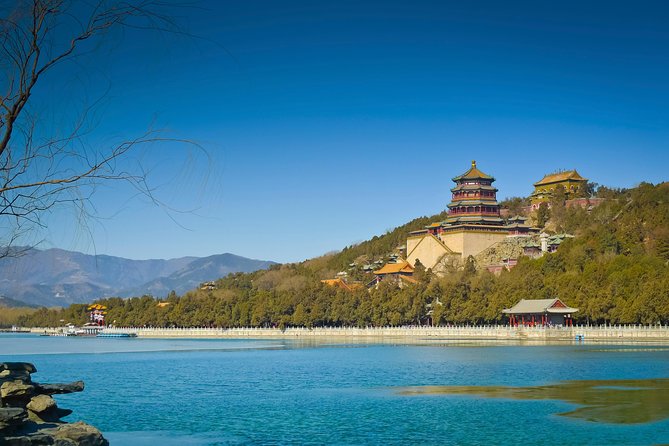 See all the classic Beijing sights on a full-day sightseeing tour covering Tiananmen square, the Forbidden city, The summer palace and Temple of heaven. Along the way, your busy day includes relaxing scenic bus ride, Chinese style lunch, plus an unbeatable shopping experience at the Silk Store and Chinese Traditional Medicine Center.

Your full-day tour starts at Tiananmen square to explore China's more recent history, influenced by Chairman Mao and the rise of communism. From there it's on to the Forbidden city, built by Emperor Yong Le during the Ming Dynasty, and the seat of power for centuries. It has seen countless battles and reconstruction, and the architecture seen today dates from the 1700s. The Forbidden city is also known as the Imperial Palace Museum, with the history of every dynasty represented in four palatial halls.

After a delicious lunch, it's on to the Temple of heaven, China's largest temple and altar complex. This extraordinary example of religious architecture dates back to the Ming and Qing dynasties.

Your final destination is The summer palace, the retreat of emperors for 800 years. One of Beijing's finest parks surrounds the palace, and you'll be able to explore the grounds, temples and the world's longest art gallery.

Cruise port pickup and drop off