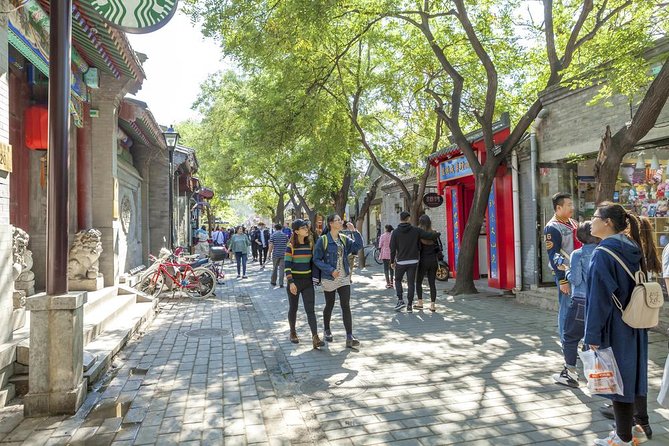 Although Beijing has modernized along with the rest of the country there are still a lot of historical charms remaining. This is a full day tour with an English-speaking guide through the historical city center that will introduce you to the citys most famous, picturesque and inspiring historical sites. From the ancient residential alleys and slow-paced day-to-day life to the riches of the imperial palace, youll see it all!

At 8:30am the guide will meet you at the Beijing Hotel lobby.

From here you will walk to visit the Tiananmen square, one of the largest squares in the world. It is a lively place home to attractions like the Museums of Chinese History and Chinese Revolution, the Great Hall of the People, and Chairman Mao's Mausoleum.

Then walk to the Forbidden city and learn about the history of this sprawling World Heritagelisted complex, where Ming and Qing emperors once lived and ruled in opulence. Take in some of the 1,000 rooms and 800 buildings, and marvel at the exquisite luxury of imperial life.

From the northern gate of the Forbidden city, we will cross the street to Jingshan park, a man-made hill created using soil excavated from the construction of the moat that surrounds the Forbidden city. It offers the best views of Beijing and it is also a favorite local hangout, where Beijingers practice Tai Chi, dance and enjoy the open space.

Then, by rickshaw, you can relax as your driver weaves through the ancient narrow lanes, also known as Beijings Hutongs. The Hutongs have captured traditional Beijings essence, and spending time here is a real look into authentic Beijing city life. After this, you will have the opportunity to see life inside a Chinese familys houses and talk with the beijingers.

To quench your thirst afterwards, we will taste traditional Chinese tea at a teahouse inside the Bell Tower. If you thought tea tasting was easy, just watch the intricate processes involved in boiling Chinese tea a process that differs for each type of tea. Lunch will be recommended at a local dumpling restaurant at your own expense

Lastly we will bring you to the Lama temple, the most celebrated Buddhist temple in Beijing and a temple of the Geluk School of Tibetan Buddhism. It is one of the largest and most influential in China, and was the only temple to have been said to have survived the Cultural Revolution. Take in the architecture and the oasis of calm amidst one of the most buzzing historic districts in the city.

After the tour you will make your own way back to your hotel. There is option to choose hotel transfer service (hotel should be within the third ring road of Beijing)

All passports names and numbers are required when booking to book the Forbidden City tickets in advance. Please bring your passport to the tour.